10 Black Actresses Who Have Played Gay or Shared a Kiss or Two on Screen.

In the film Long plays a lesbian feminist in the early 70’s.

How can we ever forget Latifah’s role in this film.  She plays a hard yet lovable stud by the name of Cleo.

Kerry, Kerry, Kerry. Ohh how the lesbians love Kerry, but that’s a different conversion for another time. Before she hit it big playing Olivia Pope on Scandal, Washington played a confused bi-sexual in ‘She Hate Me’.

We recently saw Adepero Oduye in “12 Years A Slave’ as Eliza but before her role in the Steve McQueen directed drama she played a young lesbian in Pariah.

Lesbians know her at the dominating Bette Porter on the ‘L Word’. Others know her as that chick dancing along to “She’s a Maniac’ in “Flashdance”, classic! 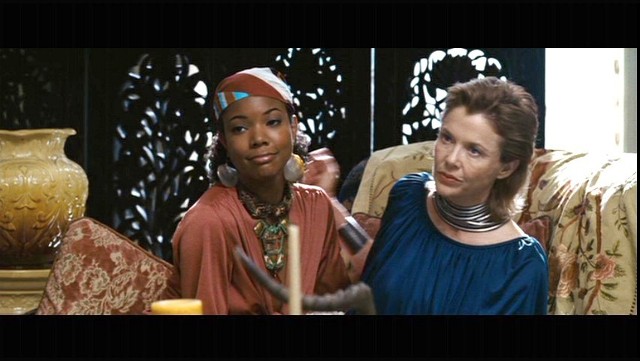