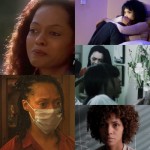 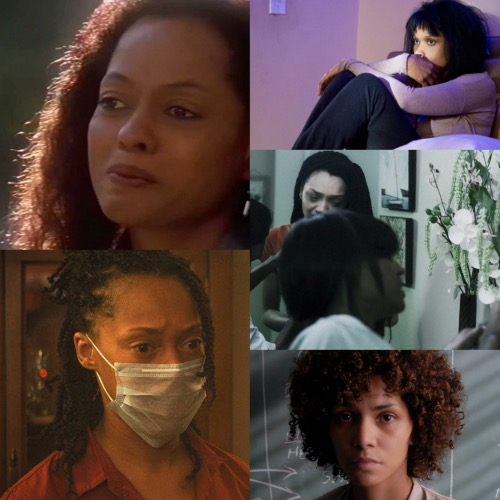 There is still stigma tied to the topic of mental illness in the black community. According to a 2004 study, “Black people mistrust and often fear services, and staff are often wary of the black community, fearing criticism, and not knowing how to respond, are fearful of black people, in particular, young black men.”


In America, nearly 1 in 5 Americans suffer from mental illness. To put further in numbers, “42.5 million American adults or 18.2 percent of the total adult population in the United States.” Of this population, Black women are the most at risk of any race. A 2012 study shows that “there were 449 African American female suicides. The ratio of African American male to female was 4.25 to 1.”

In recent months, public figures like Audra McDonald and Chiara de Blasio have both been candid about their experiences with depression. Other actresses and entertainers alike have shared their battles. And this issue hits close to home as I was diagnosed with bipolar depression, also called manic depression, in 2008.

More and more we are seeing the subject of mental illness addressed on television and on the big screen. Have a look at the films compiled below. The films listed all address mental illness in some capacity.

Starring British actress Naomie Harris (Mandela: Long Walk to Freedom) and based on a book with the same name.  “Poppy Shakespeare is a young professional who is convinced she doesn’t have a mental disorder. While at a health care facility, Poppy sparks up a friendship with fellow patient N.” Watch the film in its entirety below.

This 1972 flick chronicles “a young woman of color (Peggy Pettit, in her only film role) attempting to break out of the cycle of desperation and doubt that has crippled her family.”. Watch the entire film below.

Actress Jenifer Lewis (Fresh Prince of Bel-Air, Black-ish) makes a cameo in the film. Of Two Minds documents the lives of three adults battling bipolar disorder. According various studies, onwards of five million Americans suffer from the disorder. Go here for more information on the disease.

You can watch the film on Netflix, Amazon, and iTunes.

Recently premiering at the Nashville Film Festival, Mind/Game: The Unquiet Journey of Chamique Holdsclaw follows former WNBA super Chamique Holdsclaw’s journey, specifically highlighting is her battle with depression. After a successful crowdfunding campaign, the film is currently showing at several film festivals. Watch a trailer below and check back at Konovo Communications for screening updates.

The made-for-television film came out two decades ago. Diana Ross plays “Paulie Cooper, a former med student who becomes ill with paranoid schizophrenia and loses 18 years of her life due to the sickness. After her release from a mental ward Paulie struggles to rebuild her life with help from doctors, nurses and a new experimental-medicine drug that would help aid her back to health. Throughout the movie, Paulie seeks to better herself in a world that she felt had shunned her.” Watch the entire film below.

In the film, Jennifer Hudson plays a war veteran who suffers from PTSD (Post Traumatic Stress Disorder). Also, Octavia Spencer plays the role of a sympathetic and competent psychiatrist. The flick is a compilation of five vignettes, which mostly centers around women.

Watch clip from the film below. You can watch the entire film on Amazon or Google Play.

Frankie & Alice is available on Amazon, iTunes, and Netflix. Watch a trailer for the film below.

A short film, “Unsound” follows “a mother’s battle with Schizophrenia and son’s struggle to get her the help she needs.” Watch the entire short film below.

Currently in pre-production. Fog “follows Valerie, a successful Black female attorney, who must navigate a major career move and the return of her college-aged daughter while hiding her deteriorating mental health.” Go to the Indiegogo page for more info.

Written and directed by R. Shanea Williams and produced by Anthony J. Davis, “Contamination” stars a young woman dealing with a sever form of Obsessive-Compulsive Disorder. Watch the entire film below.

Contamination- A short film by R. Shanea Williams from Anthony Davis on Vimeo.

“THE B WORD” is a cinematic short narrative depicting two sisters on conflicting paths; both leading to a destructive cycle of fear, blame and uncertainty. The story is set around the disease of “Bulimia Nervosa”, and how it’s debilitating factors can transform a sisterly bond into one of dysfunction; ultimately becoming unhealthy and toxic.

The B Word Trailer from A Celistan & Co. Films on Vimeo.

The 1989 documentary follow various people who suffer from schizophrenia.

72 Hour Hold. In the novel, mother of actress Maia Campbell (In The House) chronicles various people-women, men, husbands and wives who are struggling with mental illness.