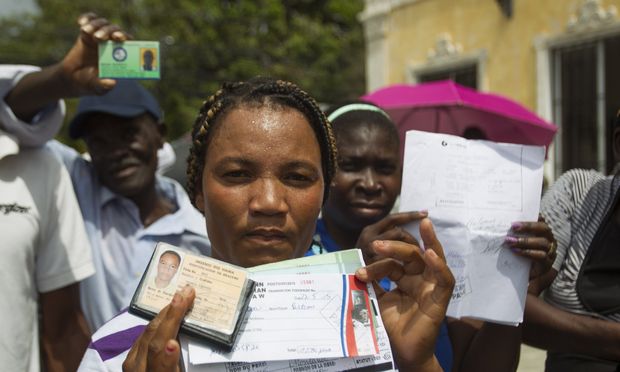 Activists in the United States have launched a petition to spur the country to put pressure on the government of the Dominican Republic.

The deportations could start as soon as this afternoon.

As the Dominican Republic prepares to deport nearly 250,000 black Dominicans of Haitian descent, many neighboring nations, including the United States and Haiti have had little to no response over the situation. The situation is one of many in the growing ethnic and racial conflicts between the government of the Dominican Republic and Haitians who have emigrated to the country and their descendants.

Some advocates worry that the mechanism to identify potential deportees will be to target any dark-skinned people suspected of being of Haitian descent, whether they have papers or not.

“There are no adequate screening mechanisms,” said Angelita K. Baeyens, the programs director at the Robert F. Kennedy Center for Justice and Human Rights.

Efforts to process children born in the Dominican Republic whose parents never formally registered them have fallen short. Fewer than 9,000 of an estimated population of tens of thousands have registered themselves as foreigners, as required by the law, a process that in theory puts them on a path to naturalization.

The status of these children is unclear, potentially leaving them vulnerable to deportation as well.

“If these massive deportations occur, will they include by mistake people who were born in the Dominican Republic?” Ms. Gamboa asked. “Will they follow the standards of international law? Will Haiti be able to receive this number of deportees? And what would their status be in Haiti?”

Others have raised questions about the impact on the Dominican economy. For generations, Haitians have assumed the jobs that many Dominicans do not want, filling a vital part of the labor market, often at below-market rates. Production costs could rise, some experts say, if a large chunk of the labor force is removed.

How history has been distorted to justify the Dominican deportations

New Exhibition Features Haitian Photography From the 1890’s to the 1970’s.