Are We Actually Going to See Lupita Nyong’o as Storm In the Upcoming X-Men Movies? 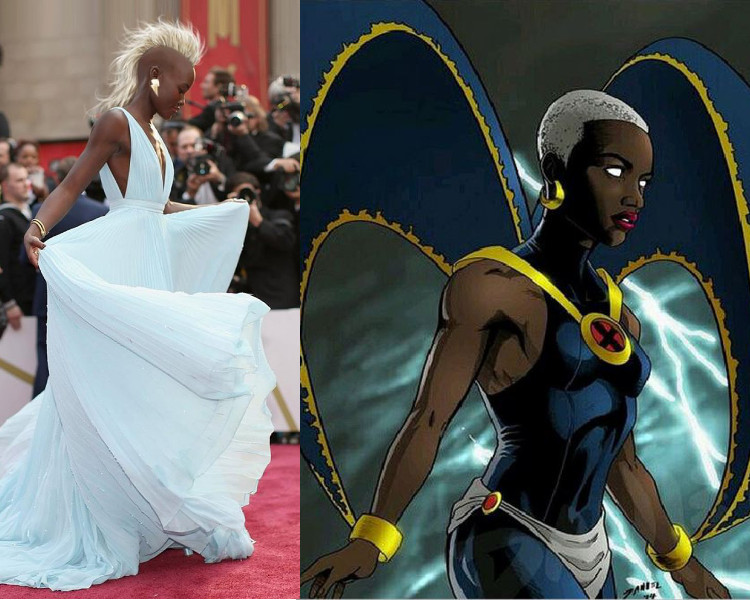 As much as I love Halle Berry, as a someone who was a hardcore comic fan in her younger days, her version of Storm in the “X-Men” film franchise just wasn’t working for me and clearly I’m the only one who felt this way. Like many fans, I’ve spent years dream-casting what Storm should look like on the big screen. My OG picks, back in the day, were Angela Bassett, Grace Jones and Naomi Campbell. But, over the past year Lupita Nyong’o has been added to the list. Fan art depicting the Kenyan beauty as Storm has been popping up all over the internet. There was also even a petition. Given the actress’s and the character’s mutual ancestry, and the fact that Nyong’o’s upcoming role in the latest “Star Wars” film might send her career down the sci-fi/action route that has worked very well for many black actresses, the role seems like a perfect fit.


According to an exclusive interview published on Yahoo’s movie blog with “X-Men” Writer Simon Kinberg, the role of Storm might be vacant, since the character won’t be appearing in the next few films, a recast with a younger actress is pretty likely.

Also likely not to be back in the franchise for a while: First-wave characters like Storm, who was played by Halle Berry in 2000’s X-Men, but who’s yet to appear in the “past” timeline. Because Apocalypse takes place twenty years before the first X-Men film, if a character such as Storm — or, for that matter, James Mardsen’s Cyclops or Famke Jannsen’s Jean Grey — were to appear in the next film, they’d likely have to be replaced by younger actors.

“It’d be very hard to do, because Halle, Famke, and Jimmy and others have done such wonderful jobs of bringing those characters to life,” said Kinberg. “But I also would have said before ‘First Class’ that there would be no actors who can stand alongside Ian McKellan and Patrick Stewart.”

Writer, activist and Hollywood insider Kola Boof has also confirmed the possibility Lupita Nyong’o being cast as Storm on Twitter.

I have an Exec. Prod. friend at 20th Century Fox who told me that Lupita Nyongo is the new Storm. @shadowandact @BougieBlackGurl

I’m definitely hoping this happens, but it’ll most likely be quite sometime before we see if the rumors prove to be true.