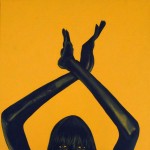 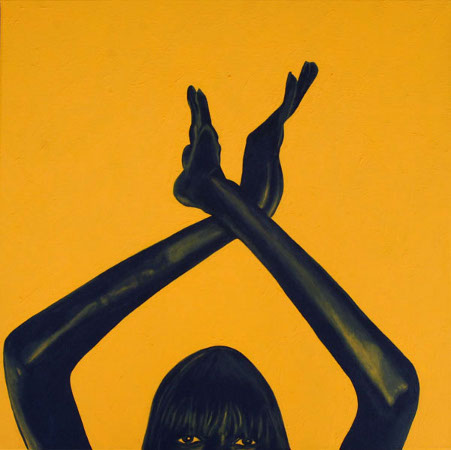 In this interview I discuss “The Feminine” with Artist Dawn Okoro whose bold use of colours and strong sense of personal identity have been a continual source of unmitigated inspiration. Her work is an expression of female identity and a declaration of feminine self-worth. Using oil, acrylic and pencil, she incorporates photography, collage, and ideas from popular culture into her work. Her artwork embodies space, movement, pattern, design, texture, and colour; as well as lived experiences and self-reflexivity.

How has your own femininity influenced your art?

The purpose of my art is to be visually stimulating while creating a topic for conversation.  My work captures, femininity as a social construct as well as biological attributes.  My work captures a lot of the Western ideals of femininity when I include stilettos, clothing that accentuates the waistline, and certain body shapes. On the other hand I want to challenge Western ideals of feminine beauty.  That is why I paint more women who look like me– women of color.

What current issues affecting women do you feel need to be addressed most urgently on an international level?

The biggest issue that needs to be addressed regarding women is the global lack of equality.  And with that comes the mistreatment of women. There are women in the Middle East who are subject to acid attacks because they rejected a man’s advances.  There’s got to be a way to stop it and bring those guilty of it to justice.  The lack of equality throughout the ages has also lead to rape being used as a weapon of war.
I currently live and work in the state of Texas where women’s reproductive services are under assault.  I was at the Texas State Capitol when Senator Wendy Davis filibustered to protect women’s reproductive rights.  Ultimately, the law restricting a woman’s basic right to make her own childbearing decisions passed.

Do you feel that feminism is a dying ideology or have the creative arts maintained its relevance?

From what I see feminism is very much alive in the creative arts.  I see a lot of art that expresses women’s issues and experiences, but there could be more. And there needs to be more feminism in the world outside of the arts.

You famously destroyed a piece of your own art work at an exhibition held in honour of Erykah Badu’s charity B.L.I.N.D. – Can art truly be considered a tool for political activism, particularly in terms of human rights?

The fact I was going to destroy a painting made a lot of people angry. One journalist who had been interested in my art said she wanted to be removed from my emailing list because of it. Fortunately, I was able to get some media coverage for the show, so I brought some attention to the charity.

Yes, art can be a tool for political activism.  First it’s a way to draw attention to an issue.  Art can make people ask questions.  Second, art can unite the public so that they can engage and contribute to change.

Which of your pieces do you feel expresses the essence of who you are most accurately?

It’s hard to pick individual pieces that express the essence of who I am.  I’d say you can find pieces of me within my whole body of work.

Do you create based on your own loves and passions or do you keep in mind the desires of others?

How does masculinity shape the art world in your opinion? If at all.

I think masculinity shapes the art world because women are still under-represented.

What does it mean to be a woman? (in a spiritual sense)

I can only tell you what it means for me to be a woman.  For me being a woman means navigating the world as a responsible human being with a feminine spirit. 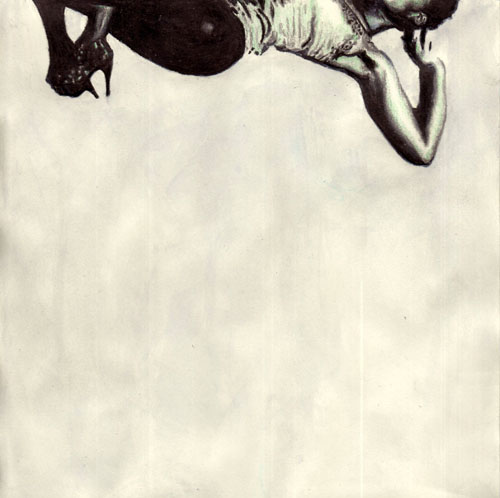