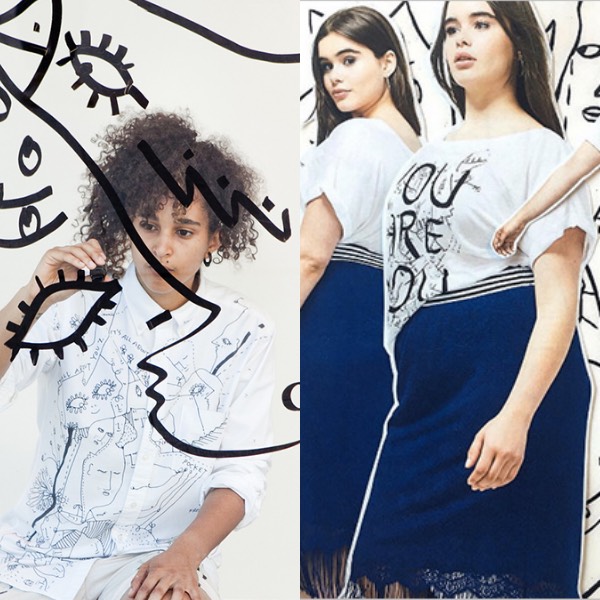 British artist Shantell Martin is best known for her distinctive doodles and illustrations, which have graced walls, clothing, homewares, and even bodies. Which is why fans of Martin immediately recognized the unauthorized use of her work by plus-size retailer Lane Bryant back in September.

When Martin was alerted of the theft, she posted a message to her Instagram page, urging her followers to call out Lane Bryant. She also took legal action. 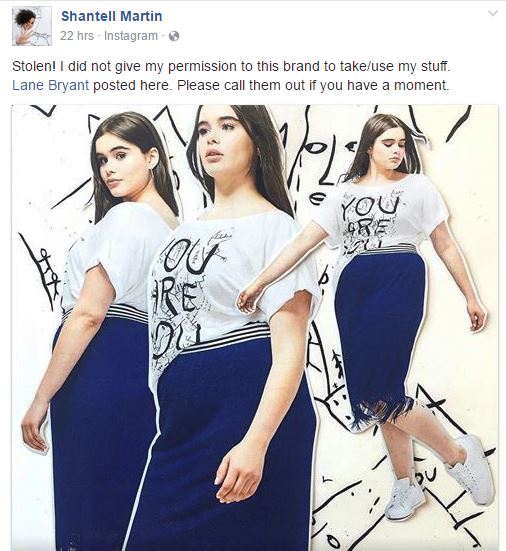 After three months of negotiation, Martin reached a settlement with Lane Bryant, and the brand also issued a public apology.

“It’s a very small victory in this area, where there needs to be much more done to make sure artists and their creative liberties are protected,” Martin told Art News.

Unfortunately situations like Martin’s all too common for independent artists, especially in the age of social media. Brands like Zara, Urban Outfitters, and Forever21 have been called out in the past for using artwork without the proper authorization.

“A lot of this stuff happens because there isn’t a system in place with these companies to let designers know what they can and can’t do,” says Martin. “If you take pages from someone’s book and put it in your own, you have to acknowledge them or it’s plagiarism. Similarly, among designers, there has to be a system in place where this doesn’t have to happen.”