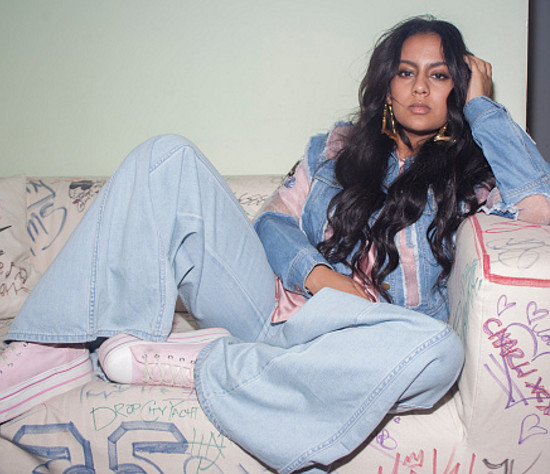 Bibi Bourelly stepped onto the scene at just 20 years old, with a major Rihanna single on her resume. Since then she’s been steadily releasing a string of her own works, a distinctive, soulful indie rock-infused collection of singles.

In the accompanying music video for her single “Riot,” Bourelly employs images of protest and revolution. The singer also took the time out to share some thoughts on the recent mass shooting in Orlando.

Sometimes when I’m on a plane, flying from country to country, city to city, chasing this peculiar dream of mine… I look down at the world beneath me and realize what we really are in the grand scheme of things.

If you pay close attention, when the plane is just taking off you can faintly see people in action, living their own lives.

It’s ironic and charming in a weird way because they’re not even aware that someone else is admiring them with fascination from a different angle of the world, as they walk this distinctive earth of ours.

Thousands of tiny, moving heads eventually blend in with the landscape as the aircraft rises higher. The large swaying trees that appear to be so mighty from the ground, shrink into what appears to be green fragments of leaves…and by the time we reach the clouds, everything that we thought to be its own individual thing, every detail of anything that we ever considered to exist on its own, melts into the the scenery and we become one.