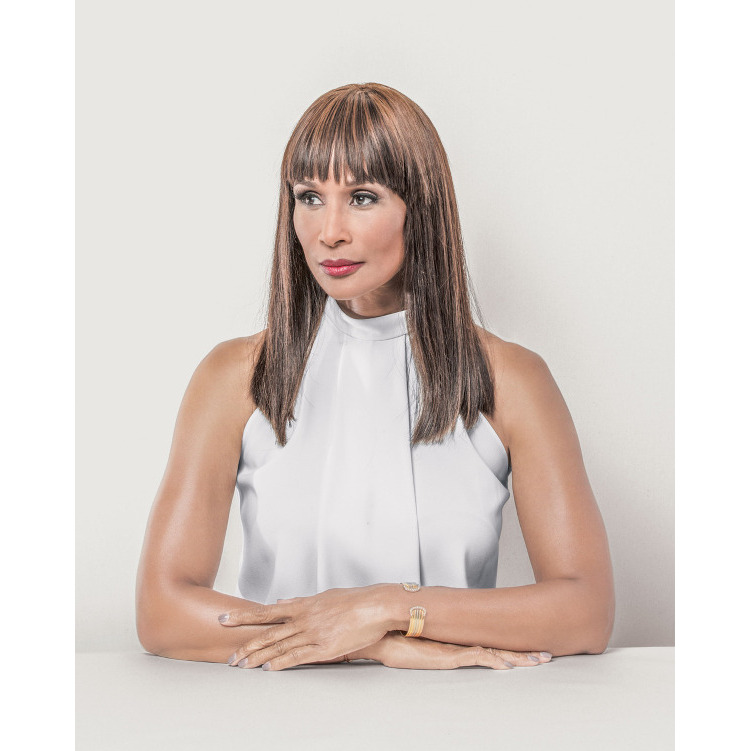 Shot by Amanda Demme, pioneering model and entrepreneur Beverly Johnson joins 34 other accusers of Bill Cosby for a cover and feature in the latest issue of New York Magazine. out of 46, the total number of known women who have accused Bill Cosby or sexual harassment, drugging, or sexual assault. An empty chair was also photographed for the series, for any women who might come forward in the future. 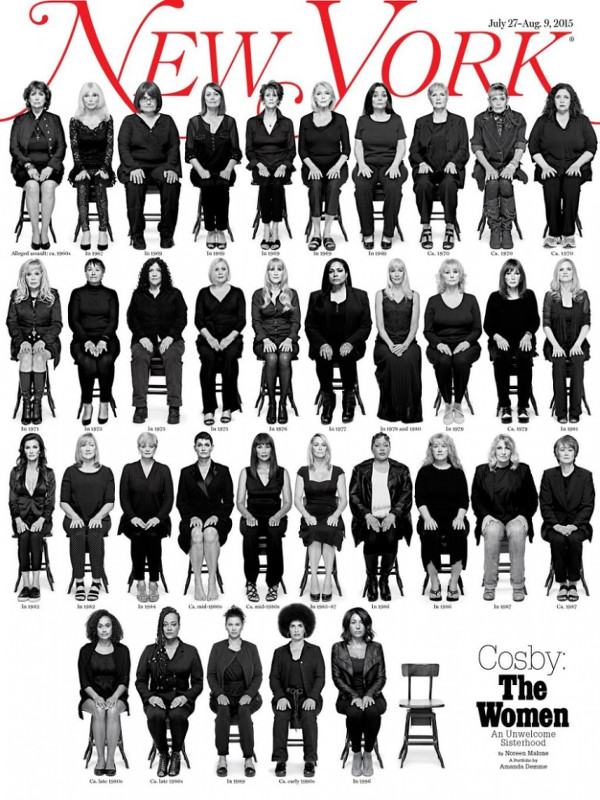 The women, whose time of alleged assaults range from the 1960’s to the 1990’s, span in age from 44 to 80. Their occupations also range from homemakers, to models and actresses. Each woman shared individual account of their fateful interaction with the legendary actor and comedian. The article also takes a critical look at rape culture, how it influences women to keep their sexual assault hidden, and why victims often aren’t believed. According to RAINN 68% of sexual assaults go unreported, and only 2 out of every 100 rapists serve time for their crimes.

Last December, Beverly Johnson firstdetailed her experience of having been drugged by Bill Cosby in the mid-80’s for Vanity Fair, when she met up with the star for a possible acting job on his show.

She shared her story again with New York Magazine,

Johnson got a call from her agent saying Cosby wanted Johnson to audition for a small role on The Cosby Show. Johnson met Cosby on the set, where he invited her to come over to his house to read for a part. The first time, Johnson brought her young daughter with her. Cosby served them brunch and gave them a tour of the house. Johnson returned a second time, alone. They talked about her career and Cosby led her upstairs, under the pretense that they would rehearse. Cosby had a big espresso machine installed in the room, and he insisted Johnson have a cup. She didn’t want to argue, and took two sips. After the second, she knew she had been drugged. Cosby approached her, and put his hand on her waist. Johnson cursed him and called him out for drugging her. Cosby grabbed her arm and almost dragged her down the stairs, out of the house, and into a cab.