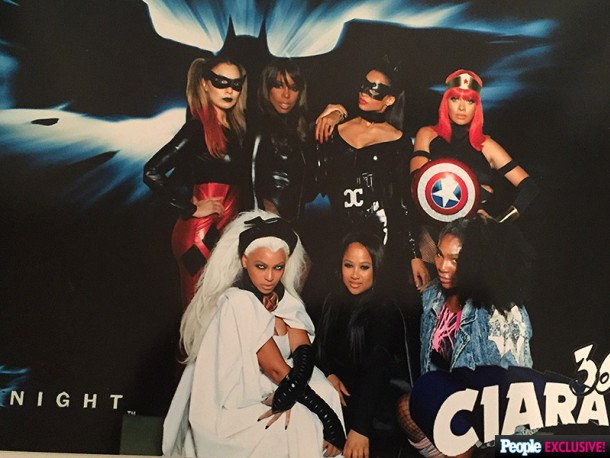 Ciara recently rung in the big 3-0 with a bang, thanks to boyfriend Russell Wilson. Wilson threw her an amazing superhero-themed bash, which was attended by 100 of her closest friends, including Beyoncé, Kelly Rowland, Serena Williams, and Lala Anthony. Friends Jennifer Hudson and Missy Elliot sent well-wishes via satellite.


Ciara donned a sexy Catwoman costume alongside Wilson as Batman, complete with the Batmobile. Baby Future even got in on the fun as a pint-sized Superman. While Beyoncé broke the internet in a killer storm costume.