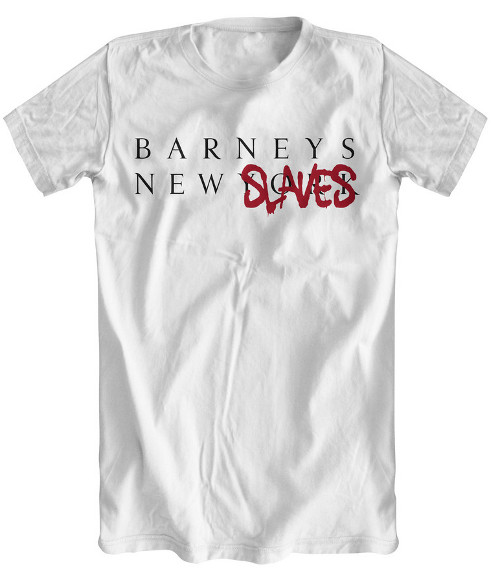 In light of recent events, this edition of ‘Buy This’ is a bit different….


In case you missed it, this week luxury fashion department store Barneys New York has been hit with two allegations of blatant racism. Both incidents involved a store clerk calling the cops on young black individuals who had purchased a luxury accessory in the store and were detained by police after leaving the store with their items.


This t-shirt designed by Derick Bowers, takes from Kanye West’s ‘New Slaves’ in which West talks about the complex relation African-Americans have with American consumer culture. Bowers as also initiated a petition asking Jay Z to end his relationship with Barneys. Check out the following excerpt from ‘New Slaves’.