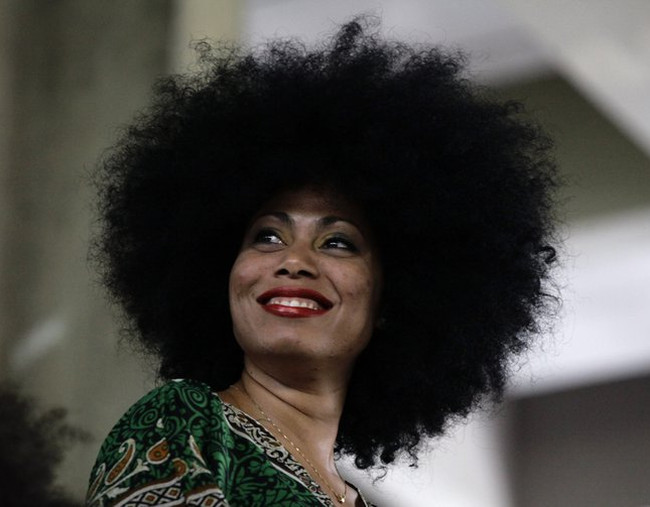 Susana Delahante is an Afro-Cuban artist performance artist who lives and works in Karlsruhe, Germany and in Havanna City, Cuba. Her work often addresses gender and racial identity in contemporary Cuba, where roughly 64% of the population identifies as white, and the remaining 36% identify as mulatto, mestizo, or black.

For her latest project, Delahante transformed a cultural center in Havana into the setting for a black hair beauty pageant. Women and girls of all ages were invited to compete in any of the three categories, natural, braided and locked.

In Cuba, like much of Latin America, ethnicity and racial identity are both mired in anti-blackness. While colorism and the degradation of textured hair and black cultural hairstyles are apparent in the media throughout Latin countries, conversations about anti-blackness rarely take place out in the open, and racial identifiers are often deliberately convoluted to hid African ancestry. While Cuba’s socialist revolution helped Afro-Cubans access many professional spaces, blackness is sadly still looked down upon in the nation.

“I wanted to do something that legitimized my hair, this undervalued type of hair,” said Delahante, who wears her hair in a tight Afro style. “This competition is about something that has merit and needs to be rewarded.”

Seventy women and girls competed in the pageant, and 72-year-old Felicia Solano snagged the big win.

Felicia Solano, 72, displays her Afro hairdo on the catwalk during an Afro hair contest in Havana, Saturday, June 13, 2015. After a two-hour competition in which 70 women competed Saturday evening, the audience of about 300 people voted by applause, handing the natural-hair prize to Solano, whose white outfit dramatically set off her halo of white hair. (AP Photo/Desmond Boylan) The Associated Press 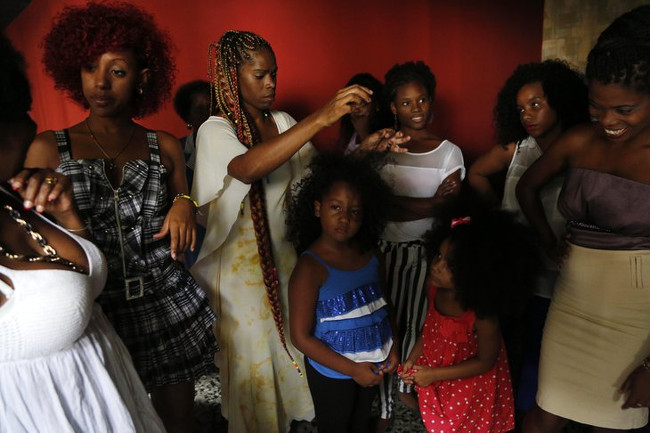 Contestants get ready to go out on the catwalk during an Afro hair contest in Havana, Saturday, June 13, 2015. Contemporary Cubans are descended mostly from Spanish colonists and their West African slaves, and Cubans categorize themselves as black, white or mixed-race. But the Afro-Cuban population still generally has worse housing, transportation and food than whites. (AP Photo/Desmond Boylan) The Associated Press

Runner-up contestant Paulina Champan, 5, waits to walk on the catwalk to display her hairdo during an Afro hair contest in Havana, Cuba, Saturday, June 13, 2015. Participants in the competition described the pageant as a way of rebuilding pride among Afro-Cuban women in a society where kinky hair and black skin often are seen as less beautiful than straight locks and pale complexions. (AP Photo/Desmond Boylan) The Associated Press

Runner-up contestant Dayanira, 4, waits to go on stage to display her hairdo during an Afro hair contest in Havana, Cuba, Saturday, June 13, 2015. Behind closed doors and even in public, white Cubans talk disparagingly about black Cubans in ways that have become socially unacceptable in many other countries, describing them as criminals and forbidding their children from dating Afro-Cuban schoolmates. (AP Photo/Desmond Boylan) The Associated Press 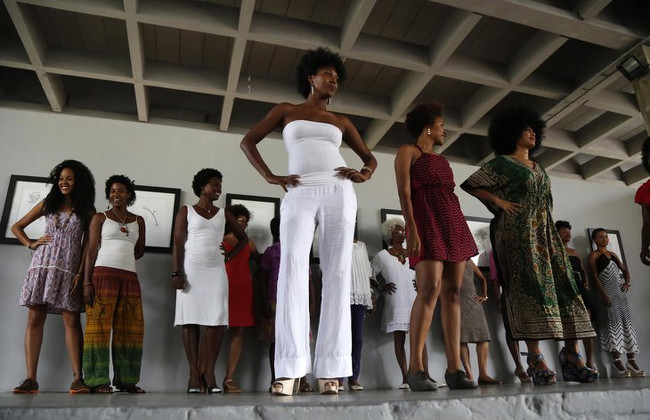