Diversity on The Runways. Continuing the Conversation. 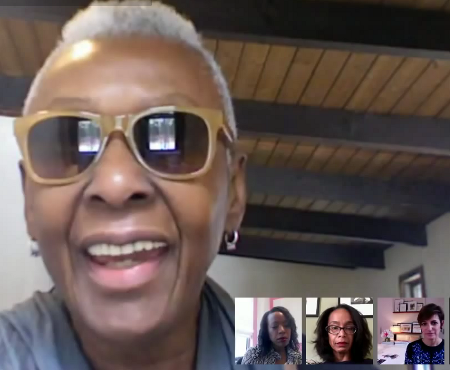 Two seasons have shown and over 6 months have passed since former model and model agency owner Bethann Hardison sent out letters to the CFDA as well as other organizations in the fashion industry directly addressing the lack of diversity on the runways. Now what?


If you recall, last September Hardison called out specific brands by name for using very few or no models of color. The move was bold, hotly debated, and constantly discussed. It wasn’t a singular action, however. Hardison herself, as well as Naomi Campbell, Robin Givhan, Andre Leon Talley and many other black professionals and models in the industry kept the conversation going.

It seems though, at least superficially, that after two seasons, not much has improved with runways still remaining over 80% white.

A recent online roundtable discussion featuring Glamour editor-in-chief Cindi Leive, fashion designer Tracy Reese, fashion activist and former model Bethann Hardison, and contributing fashion critic to “The Cut” Robin Givhan, addressed fashion diversity with a nuance that many might of missed amid a flurry of blog posts and clips of interviews. The general consensus was that while there was definitely room for improvement things are absolutely changing for the better. Bethann Hardison pointed out the fact that there were more black models on the Fall/Winter runways, a season where diversity usually gets lost amongst “Scandanavian Princess” type themes versus “African Chic” themes and bright colors in the Spring/Summer season which are thought to be a better “fit” for black models. She also pointed to fresh faces like Cindy Bruna, Binx Walton, Riley Montana and Malaika Firth all of whom landed major campaigns this season as evidence of improvement. Robin Givhan pointed out how important advertising campaigns are, as they engage the consumer directly versus runway shows which are still mostly accessible to only those actively working in the fashion industry.

Tracy Reese, being a fashion designer, mentioned that change behind that scenes is also needed. Something, given my background, that I strongly agree with. Proving that diversity in fashion is largely an institutional problem. Despite gains, the general consensus was that we still have a ways to go. Check out the full discussion below.