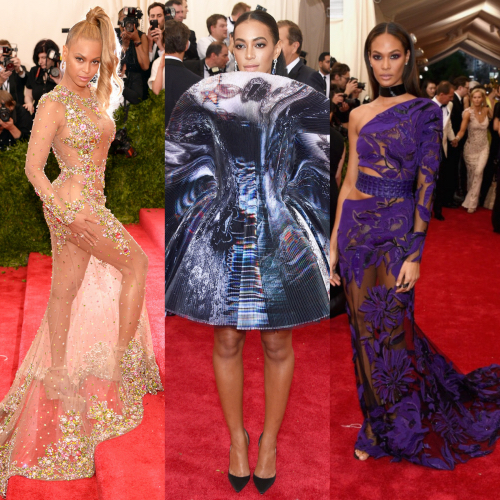 This year’s Met Gala celebrated the opening of “China: Through the Looking Glass.” The exhibition, which is curated by Andrew Bolton, with artistic direction by filmmaker Wong Kar Wai, alongside fashion historians, takes a look at how Chinese art, and film have influenced American fashion.


As in previous years, stars hit the red carpet in a diverse range of looks, some Chinese-inspired, other’s not so much. There was also a noticeable presence of Chinese models, and actresses.

The standout look of the night was Rihanna, one of the few people who wore a Chinese designer.

The actress kept in simple in a purple dress and a beaded clutch.

She killed it in Balenciaga.

The look is a bit busy, but it works.

Both walking to the beat of their own drum. One a side note — these two have been spotted together A LOT lately.

The model hit the red carpet in Philip Lim.

She is slaying in this Roberto Cavalli.

She pretty much said “screw this theme” in this Christopher Kane number.

A vision in gold.