Estelle Drops Diverse, Intimate Video For Her “Naughty” Single. Here’s Why I Love It. 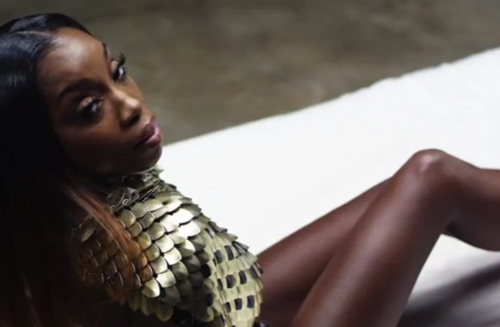 When Estelle first dropped her latest single “Make Her Say (Beat It Up) ” back in February, many long time fans of the Brit pop songstress lamented that she had finally gone the “sextape” route in a last ditch effort to stay in the spotlight and compete with the raunchiness of Rihanna and recent “raunch” of Beyonce.


But as lover of dirty music sung by ladies, I freaking loved it. The hypnotizing beat and the sing-songy chorus are everything to me. The catchy, cheeky, minimalist but super dirty lyrics had me smiling as I hummed along to the tune amongst strangers on the subway with my ear buds in.

Hey how you doin lil mama? lemme whisper in your ear….

“Beat It Up” is the “Whisper Song” for grown ass women. While the former is a dialogue using “Blurred Lines” logic to entice a woman the singer barely knows, “Beat It Up” is all about familiarity. The “Whisper Song” has a grainy male voice whispering: “Ay bitch! wait til you see my dick, Wait til you see my dick” but in “Beat It Up” the leading lady has already seen it, and this time she’s telling you exactly how she wants to see it again. Rather than a passive whisper used to appear nonthreatening in order to get her lover to let down his guard, Estelle employs a subdued, but direct voice as she negotiates with confidence:

With just a few lines and a simple chorus that makes liberal use “Pussy” , “Beat It Up” illustrates domination in the context of intimacy. It’s a space of comfort and dialogue. She asks her lover what he wants and then tells him she wants. There’s no convincing or tricking in this space. 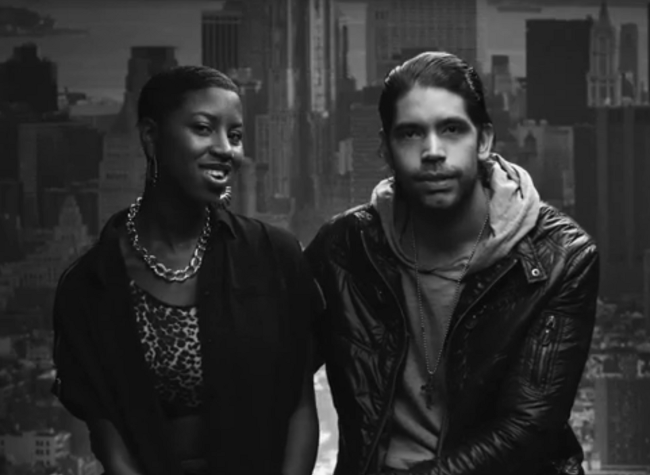 Now, onto the video that just dropped, which made me dig the song even more. The video for “Make Her Say (Beat It Up) ” opens with couples talking about how they met, what attracts them to one another, and what roles they take on in their relationship. One couple states that they adopt different roles in private and in public. The men and women are diverse in race and body type (though not really in sexual orientation it seemed) and they are featured in various positions throughout the video. Notably absent in the version of the song used in this music video is the word “pussy”, which works to further gives the song’s sexuality a sense of universality. A closing, body-positive statement lets the viewer know that “Make Her Say (Beat It Up) ” is for all of us, regardless of race, gender, body type or perceived level of ratchetry.