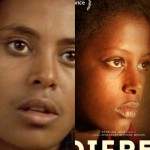 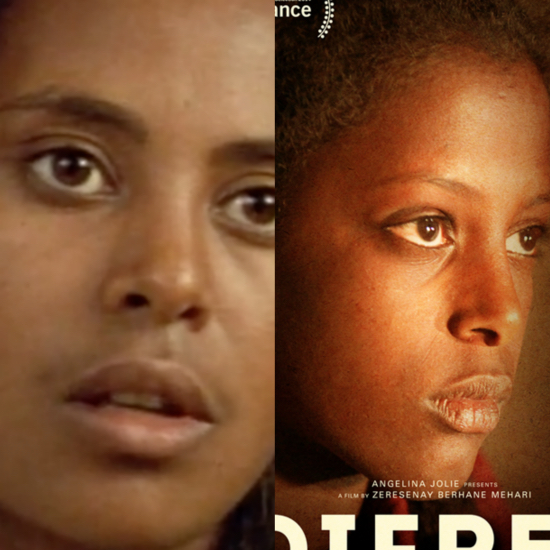 (Left: Aberash Bekele in the 1999 Documentary Schoolgirl Killer, Right: The Poster For Difret. )

At the age of 14, Aberash Bekele was kidnapped by a gang of men on horseback, raped, and then locked up so that she could be forced into marriage, in the small town of Arsii in Southern Ethiopia. Bekele escaped by stealing a guard’s gun and murdering her abductor. Following the ordeal, she was nearly attacked by an angry mob, and then arrested, put on trial, and subsequently released.


Despite being cleared of any charges due to her age and the fact that she had acted in self-defense, Bekele was still exiled from her community by elders. She fled to Addis to keep her family from being targeted.

Bekele and her story became the subject of a 1999 documentary, Schoolgirl Killer, which aired on the BBC. Her story resonated with the British public, and soon donations and support came pouring in. She was able to attend a safe boarding school, which allowed her to finish her education.

Today, Aberash Bekele is a completely different person from the scared, traumatized young girl that appeared in that documentary. She is 32, raising a son, and working for Harmee, an NGO founded by Dr Daniel Keftassa, which works to eliminate violence against women in Ethiopia.

Charlotte Metcalf, who originally interviewed Bekele for the 1999 documentary, spoke with and Keftassa and Bekele after learning that an Ethiopian filmmaker’s latest project featured a story that was strikingly similar to that of Aberash Bekele.

One night in Kersa, Bekele, Keftassa and I sat talking until late, reminiscing about the day she finally obtained the court order that ruined the film’s première. “I counted 11 big Mercedeses dropping off actors that night,” remembers Keftassa. “They swept up the red carpet, so high, so honoured, to meet Meaza and other important people. Meanwhile, far from the celebrations, running around out there seeking justice was Aberash. Aberash! The one who went through all the pain and all the trauma. I despair of people’s greed and ego that they can say it’s not her story.”

Bekele was completely unaware that the film, Difret, was being made, and never gave permission for the film to use her story. Difret contains scenes which are identical to those in the 1999 documentary, and match up with the story that Bekele originally told.

With some help of Metcalf, Bekele went public with her story which was soon picked up by international media. Angelina Jolie, who served executive producer for the film, recorded a statement coming clean about the film being the “untold story” of Aberash Bekele. The statement was shown right before the film was screened.

Last year, Bekele obtained an injunction to prevent the internationally acclaimed and award-winning film from being screened in Ethiopia. The injunction was obtained on the very night of the premiere, essentially ruining it, a small victory for Bekele who was also received a minor settlement, but still lives in poverty.

She told The Reporter in Ethiopia, “My life is on the edge while they are planning to premiere my story in a glamorous way. That is not right.”