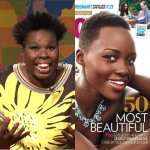 
I’m one of the few people that still watches “Saturday Night Live” regularly. Seriously, I don’t think I’ve missed an episode in years, I’ve even watched episodes “On Demand”. I’ve even watched the episodes I could tell were going to be epically terrible from just a few seconds into the cold open. So, naturally, I kept watching and cringing during SNL staff writer Leslie Jones’ “Weekend Update” segment which aired this past Saturday. Jones compared and contrasted herself to newly appointed “Most Beautiful Woman in The World” Lupita Nyong’o. She first asked co-anchor Colin Jost who he would approach at a bar, her or Lupita. He hesitated but his answer was heavily implied to be Lupita. Then she asked Colin who he would ask for help if he were facing an attack by a gang of Crips, her or Lupita Nyong’o. Colin enthusiastically replied he would choose Leslie.

Jones then launched into an overly drawn-out joke stating that she would have been way more valuable back during times of slavery as a breeding slave than she is as a free black woman in contemporary society. Many, mostly black, viewers took to Twitter to express their distaste with her joke. Leslie Jones fired back, explaining her joke to all of the “idiots” who voiced/tweeted their issues with her sense of humor. 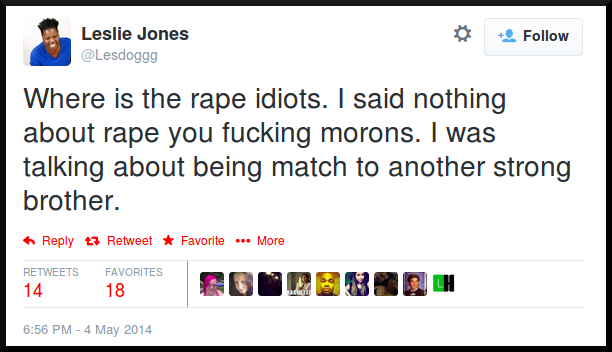 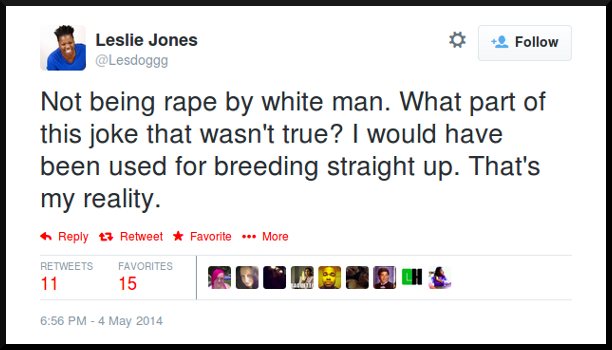 Actually, female slaves used for breeding were “matched up” with “bucks” against the will of both parties, meaning that two people were actually raped by these kinds of unions. I shuddered as I typed that sentence.

But then she said this:

Ouch. There it was, the painfully bitter lemons that Leslie Jones used make her foul tasting lemonade The harsh reality that if you aren’t delicate, poised, and elegant due to the broadness of your features, your height, your body shape, or simply your upbringing, Lupita’s victories might not be your victories. I’m a card-carrying member of the Lupita stan club, but I can’t deny the exceptionalism present in the dialogue about her. The idea that dark-skinned beauty needs to be made palatable by delicacy, is just as harmful as the idea that black beauty needs to be tempered by lightness. When it comes to the physicality of black women, we are constantly hitting a wall of intertwined -isms. Even black women that are privileged in some way are still stepping over stones and leaping over hurdles. When we are allowed the rare opportunity to occupy space, we have to be figuratively larger than life while literally taking up as little space as possible. Black women have a predetermined template of carefully chosen molds we must fit in to be considered beautiful and therefore fully human.

For those of us who might be in pain, a magazine cover might not remedy our suffering. There are black women out there with decades of negative experiences and conflicted feelings that can’t be ameliorated by a movie or a picture. Representation matters, but an ongoing dialogue about what lies beyond the surface of an image is tantamount. We need to keep talking, writing, healing and empathizing. We also need to listen and not make the pain of others into collateral damage. Leslie Jones is beautiful. Lupita Nyong’o is beautiful. That joke was absolutely horrible.

Listen to This. Beyoncé Collaborator Diana Gordon. ‘The Legend Of.’