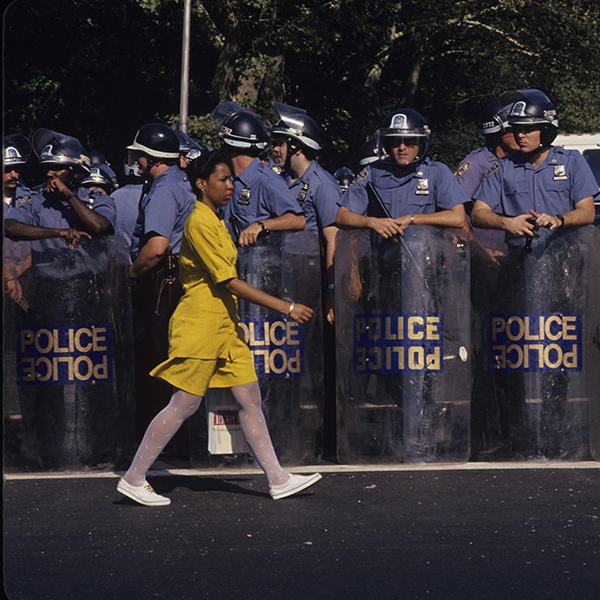 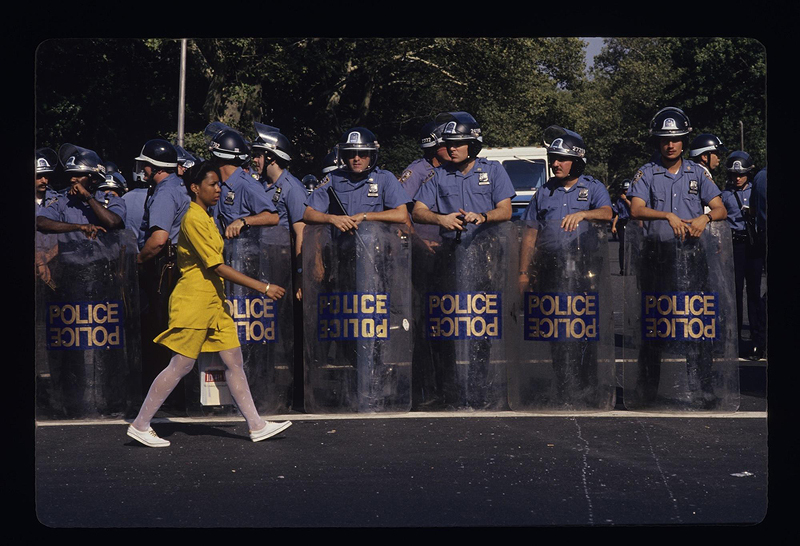 New York City has always served as a hub of art, activism, and resistance. “Whose Streets? Our Streets?” is a new exhibition at the Bronx Documentary Center that features stunning images of protest, captured from 1980 to 2000. 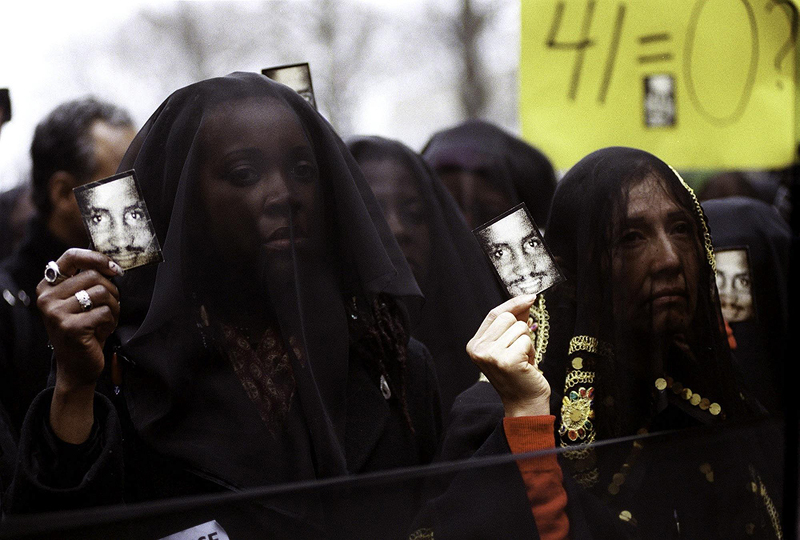 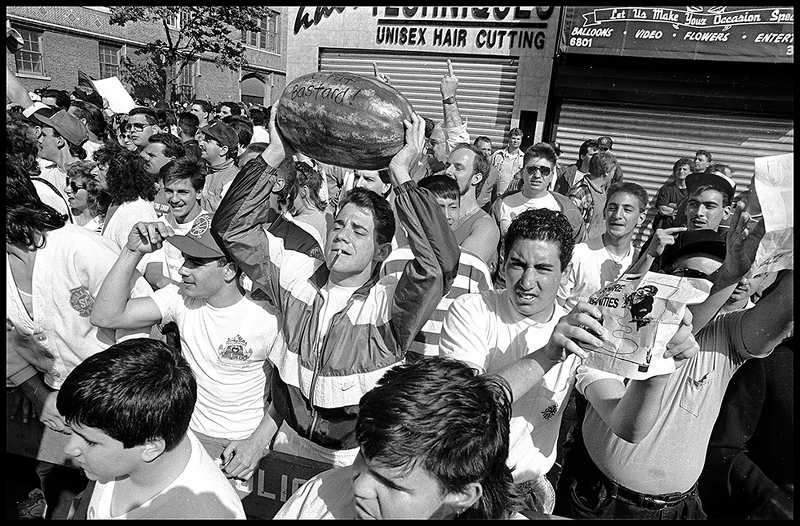 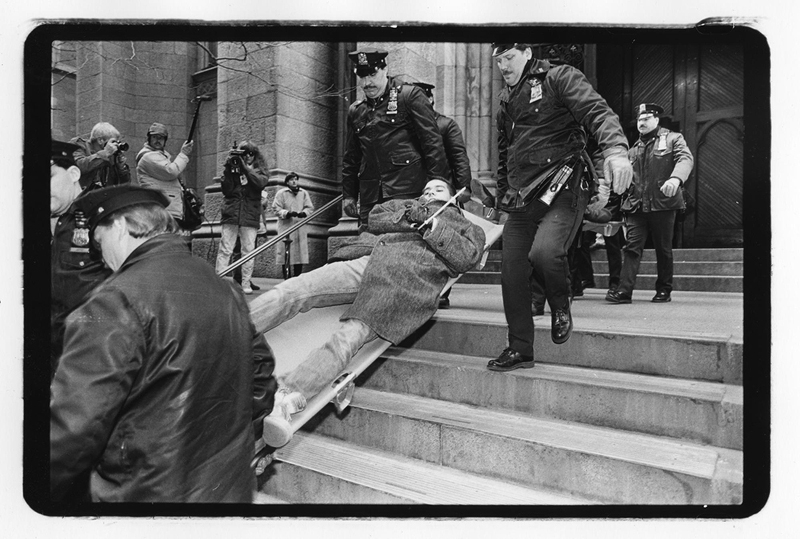 Featuring work by more than thirty eight independent photojournalists, this exhibit captures ordinary New Yorkers as they rallied, rioted, marched, and demonstrated. These stunning images document historic moments of violent confrontation such as the Tompkins Square Park and Crown Heights Riots and as well as organized protests involving non-violent civil disobedience and creative street theater. Collectively, these photographs, which have never before been exhibited together, chronicle New York’s history from 1980-2000.

The exhibit is co-curated by Meg Handler, former photo editor of The Village Voice, historian Tamar Carroll, author of Mobilizing New York: AIDS, Antipoverty and Feminist Activism, and Michael Kamber, founder of the Bronx Documentary Center (BDC). The exhibit was designed and produced by the BDC’s Cynthia Rivera and Bianca Farrow. 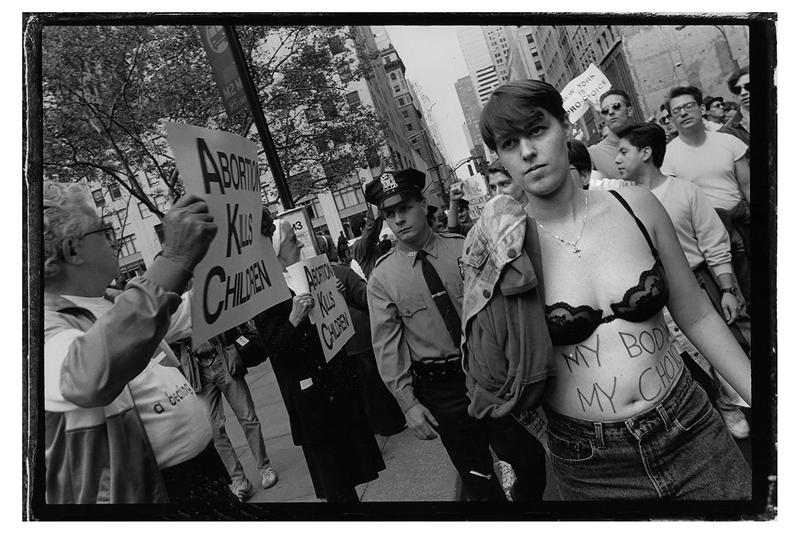 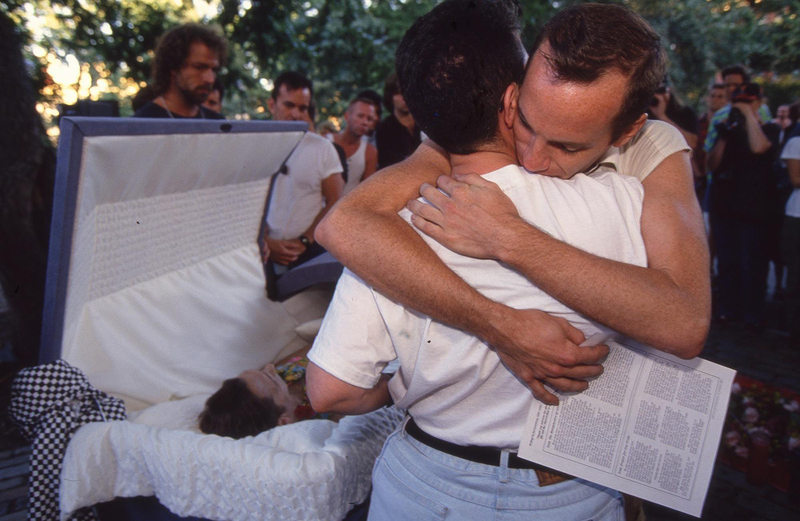 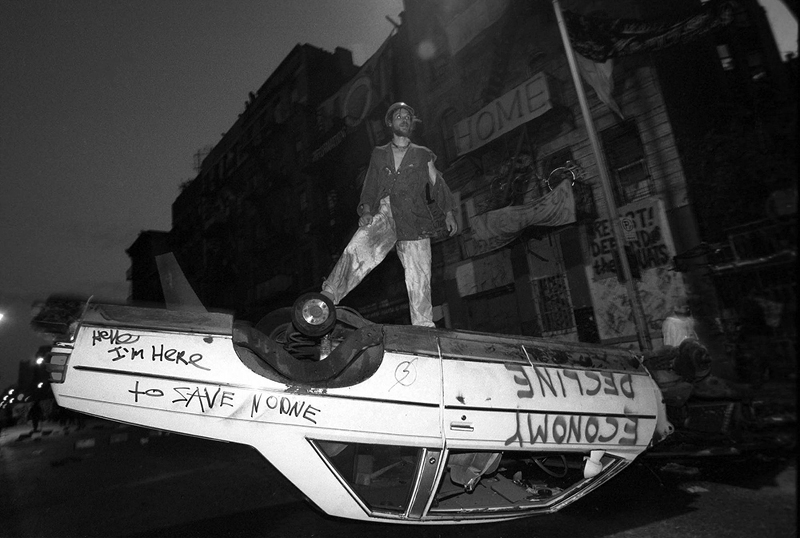 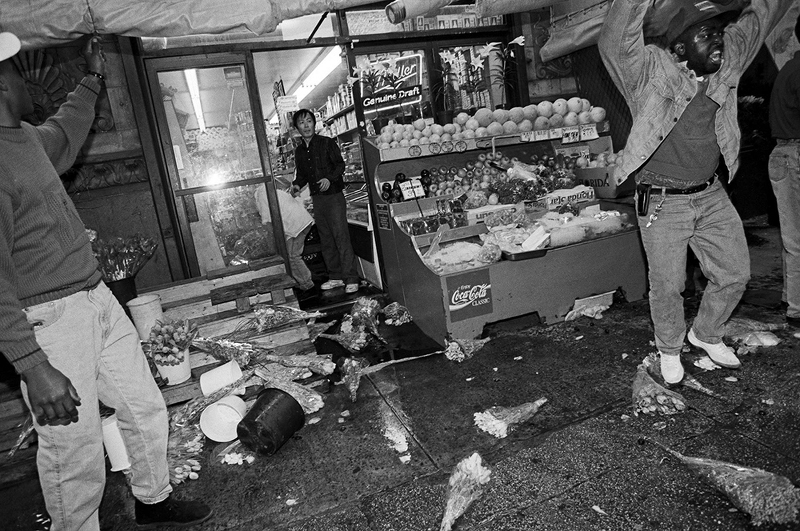 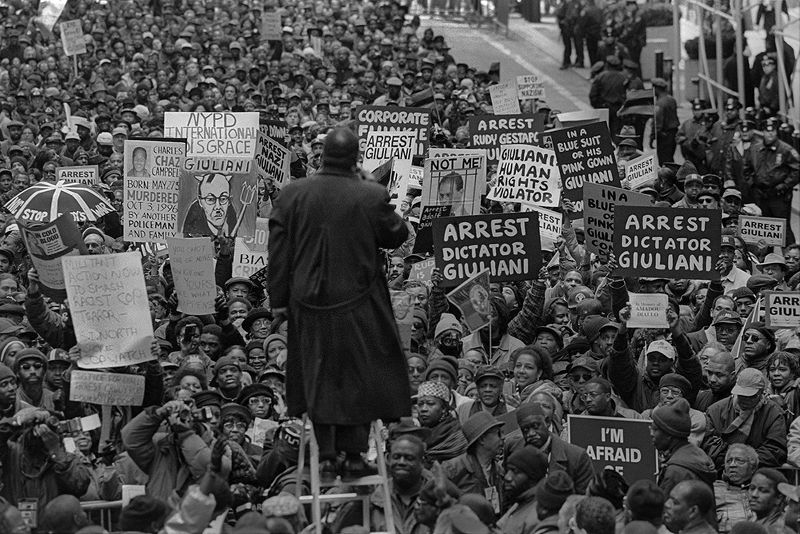