Film. ‘Pier Kids: The Life’ Is an Intimate Look at the Lives of New York’s Homeless LGBTQ Youth. 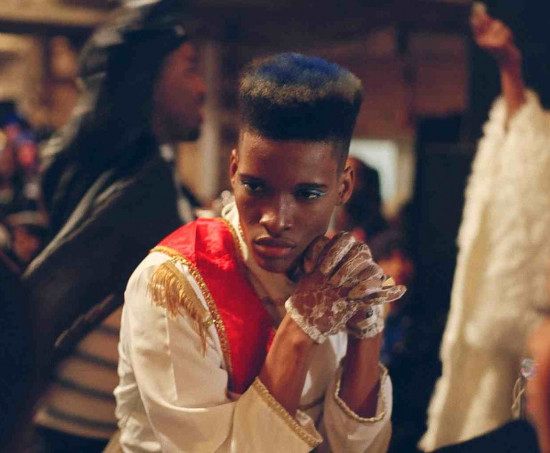 (Image From Bound by Night. Photography by Elegance Bratton)

Elegance Bratton first became homeless at the age of 16, after his mother confronted him about his sexuality, when she became aware of his struggles in school. Rather than deal wit a violent and tumultuous situation at home, Bratton decided to flee.


“I’m from Jersey and my people if you don’t have anything to do and be entertained and distracted, you go to New York City,” says Bratton told ABC News. “I was feeling very low at that moment.”

Bratton become immersed in the thriving LGBTQ culture in New York’s famed West Village neighborhood. After spending 10 years living on the streets in homeless shelters, he was motivated to join the military after meeting a U.S. While being in the military offered him structure, he still struggled with being able to express his sexuality.

Bratton says that his time during Don’t Ask Don’t Tell wasn’t too different from where he grew up. “Both in the military and in my family home, I had to be very resourceful in creating double lives. Creating a place where I could be gay at, or find places where I can be gay at with the understanding that I couldn’t be gay in base or at home,” says Bratton. He adds that he had to monitor his behavior while in service. “I was aware about not giving off gay vibes and not doing that was essential to my success.”

At the end of his service, he applied and was accepted to Columbia University, where he majored in African American Studies and Anthropology. His field of study gave him the ability to examine his life and experiences and to advocate for other black, LGBTQ youth.

Now, as a filmmaker and photographer, Bratton is helping other black and homeless LGBTQ youth tell their stories.

Pier Kids: The Life a documentary directed by Elegance Bratton, gives a raw and intimate look at the lives of the young, black, homeless LGBT as they try to make a life for themselves and deal with discriminatory practices in the city such as Stop and Frisk. The West Village piers which were once a haven for these young people, has undergone rapid gentrification over the years, making the young, black LGBT individuals who spend time out there targets of discrimination.

Pier Kids: The Life – Trailer from Pier Kids on Vimeo.

After a successful crowdfunding campaign, and lots of buzz, Pier Kids: The Life is going on tour for a series of screenings this summer. For more info go to www.pierkidsthelife.com.