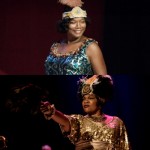 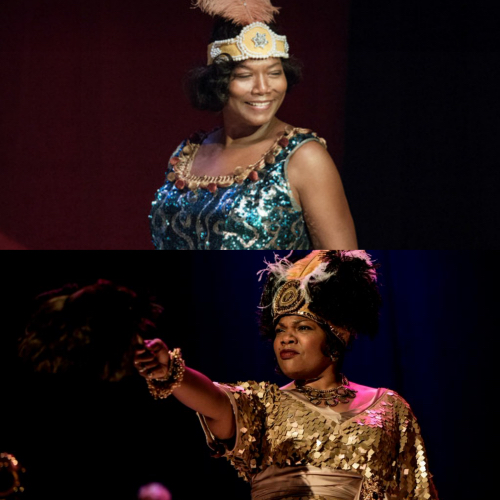 Two decades ago, Queen Latifah, early in her acting career and fairly unknown, auditioned for the role of legendary blues singer Bessie Smith. Fate would have it, that years later, Latifah would get a second chance at playing the role as the “Empress of the Blues.”


The years that passed only aided in cementing Latifah as a Hollywood heavyweight. A singing role in the widely successful musical Chicago, and a role as a lesbian stud in Set If Off, proved that the actress was as versatile as they come. But even before she shone on the big screen, Latifah was making moves on the rap scene, where she was known for her empowering records. In 2004, she would release her first jazz album, The Dana Owens Album, and her second album, Trav’lin Light, three years after.

And so, the seasoned multi-talent took on a role that will likely define her illustrious career with great depth and candor. Directed by Dee Rees (Pariah) and starring Queen Latifah as Bessie, Mo’Nique as Ma Rainey, alongside Michael Williams (The Wire), Tika Sumpter (The Haves and The Have Nots), and many others, “Bessie” chronicles the tumultuous story of the legendary, larger-than-life, singer of the blues.

Born in Chattanooga, Tennessee, Smith was orphaned at an early age, leaving her sister to help rear the singer. From the very start of the film, we learn of Smith’s unfortunate circumstance and how the star was affected by the early loss of her matriarchal figure. While we get a small glimpse of Smith’s early adolescence, the singer’s story, as expected, centers on her early rise to fame and the many ups and downs that ensued.

Not far into the film, we meet Smith’s lover Lucille, played by Tika Sumpter, a fictional character who embodies the singer’s many female companions. As highlighted in a recent talk, director Dee Rees remarked about the climate of the time and how sexual fluidly was common: “blues singers were not afraid to use music to face issues of sexuality head on.” There was a strong queer presence throughout the film, there was even note of Ma Rainey’s liking for other women.

Smith had a strong sexual appetite and her many rendezvous with both men and women are highlighted in the film. Michael Williams’ character, Jack Gee, becomes a manager of sorts, and the two later wed. The film takes us on the road with Smith — from southern concert halls to northern salons, where she wowed crowds. As her fame grew, so did the offers, and Smith eventually signed a deal with Colombia Records. Her personal and professional life would see many ups and downs, but she would remain perseverant throughout.

The film explores many facets of Smith’s life. She’s depicted as a larger than life character who was complicated and audiences had the chance to see the fullness of her character. Smith steered her own ship, “not playing second to nobody.” But as much as Smith possessed incredible physical and emotional strength, there were times where she was chaotic, even violent, but she was also kind, funny, and intelligent.

The fact that Smith lived on her own terms during a time where black folks were restrained to live within certain boundaries, Jim Crow specifically, is a testament to her defiant character. She was expected to live within the confines of respectability, which she didn’t adhere to. Women like Bessie Smith were an anomaly and for most of her short life, Smith did as she pleased and that took gusto. The film stops short of showing her untimely death — the details as to how she died vary greatly.

Time and time again, those involved in the film have reiterated the cast’s dynamic chemistry. This was evident on screen. While Latifah is magnetic as Smith, and as mentioned before, shows just how versatile of an actress she is, Mo’Nique’s performance is just as radiant. She dazzles and charms with fiery quips and a charismatic presence as Ma Rainey. Her stand out role comes at an especially pointed time as reports attest to Mo’Nique being blackballed after her Oscar win due to perceptions that she was “difficult.”  We can only hope that this will the start of many promising roles for the comedienne turned actress. With an all-star cast and great minds like Dee Rees behind the project, Bessie lived up to all the hype. The twenty-two-year wait was well worth it.