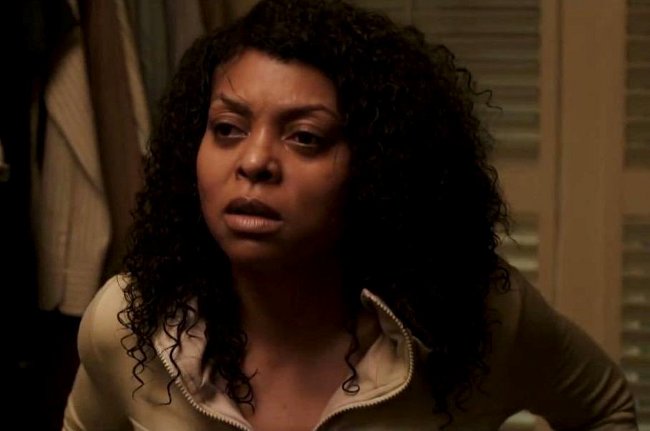 I’ve changed the channel on or turned away from so many newscasts this past week. There’s something sort of surreal about cringing at the mere glimpse of that grainy black and white security footage, only to have it followed up with the terrified visage of Taraji P. Henson and the murderous rage depicted by Idris Elba during a commercial break.


Initially, I saw “No Good Deed” as a rare opportunity to see a black man play the sort of devious, cerebral criminal that is usually reserved for white men. Black characters, whether good or bad, are rarely afforded the high intelligence and complex characterization required in order to execute the level of manipulation that these types of characters are able to carry out. Black male criminals on film are often the “too smart” street smart hustler, the pitiful criminal on death row, or the ghetto mastermind reminiscent of New Jack City’s Nino Brown. Unlike many of the sexy, highly intelligent villains we’ve seen depicted by white men, Idris Elba plays a character whose abuse revolves exclusively around woman rather than world domination.

As opening night for “No Good Deed” drew closer, I was seeing multiple conversations about intra-racial violence, specifically domestic violence, taking place on my Facebook, Tumblr and Twitter feeds. The film’s premiere coinciding with recent events seemed like a sick case of bad timing. After actually seeing “No Good Deed”, I know that we are dealing with more than just happenstance.

The film opens with snapshots into the minds and histories of the two main characters, Colin Evans (played by Idris Elba) and Terri (played by Taraji P. Henson). Colin is a vicious criminal and an escaped convict, who is specifically labeled a “highly intelligent, malignant narcissist.” Terri is a former prosecutor, and an overworked housewife, who feels unappreciated by her husband, a high-earning, insensitive black man, straight out of the Tyler Perry School of Casting. After Terri’s husband goes away for the weekend, she is home alone with her two children, until Colin, seeking help after getting into a car accident, rings her doorbell. Terri is overly hospitable to Colin, a stranger, almost to the point of hilarity. The film even mocks her naiveté by dropping some obvious irony into Terri’s dialogue with Colin as she makes him tea. When Terri finally catches onto Colin’s deceptions, she immediately springs into action, outsmarting him and putting up a good fight at every turn. She is also humiliated and abused by Colin physically and psychologically. The film quickly turns into the typical thriller we’ve been seeing for years now, Terri would have been played by Ashley Judd or Julia Roberts in the early 90’s, or Jennifer Lopez in the early aughts. This is definitely a familiar story. “No Good Deed” earned the distinction of being number one at the box office this weekend, like many of the thrillers of this type that came before it. Clearly we keep coming back for more.

There’s something our culture finds alluring about watching violence against women on the big and small screens. Ever since the feminist movement worked to counter domestic violence and sexual assault by bringing these issues to the forefront of our conscious, we’ve watched women being brutalized on film. We watched “rape revenge” films in the 70’s; we also remade those same films 30 years later. We’ve beat up prostitutes in video games, and even laughed at cheesy depictions of domestic violence on “Women’s Television”, out of irony. Filmmakers and writers have even employed rape and violence as tools to make an unpopular female character more sympathetic or empower her.

The film ends with Terri claiming victory over her abuser and claiming her independence from her husband. The theater broke out into applause as Terri riddled Colin’s body with bullets. When she coldcocked her philandering husband – more clapping. While movies like these, which are heavily marketed to women, are allegedly about empowerment and the strength of a woman, we did just watch women being brutalized and/or murdered for over an hour. We only to get to see one of those women come out alive and overpower the abuser in the last ten minutes. We spent more time with the abuser than we did the protagonist. Throughout the film, abuser dynamics were played out to a T, perhaps a testament to Mr. Elba’s acting skills. As viewers, we are constantly on edge waiting for Colin to strike, but at the same time thinking that maybe, just this once, he won’t hurt anyone. Until a twist in the plot is revealed, we are constantly wondering what Colin really desires and why he choses to hurt so many women. We are so consumed in his wants and needs, we almost see the women and men he murders as secondary. This story about triumph over an abuser mostly revolves around the abuser and not the victims.

For the past week, Janay Palmer Rice was a supporting character to her husband in an ongoing narrative about her own abuse and victimhood. Millions of Americans watched Ray Rice knock Janay Palmer Rice unconscious, and millions more filed into movie theaters this weekend to watch Idris Elba twist a woman’s neck and bash her head in repeatedly with a lamp. All media is a reflection of cultural values. There are no coincidences. Violence against women isn’t something happens to occur every so often. There is no “bad timing” when it comes to systemic abuse.