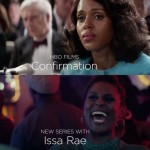 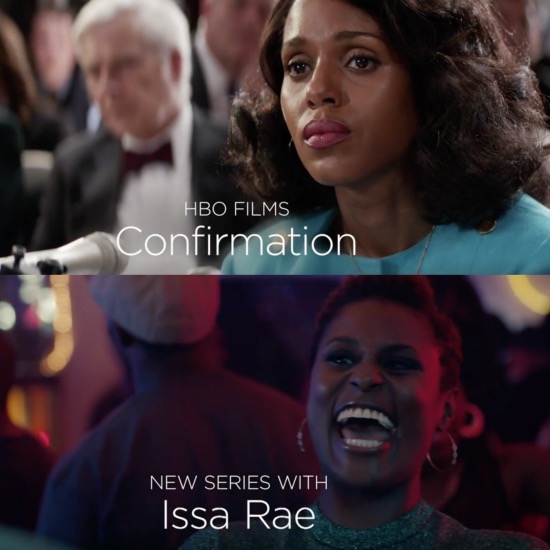 Over the past year, fans of Issa Rae and her true-to-life web series The Misadventures of Awkward Black Girl, have been anxiously waiting ever since news broke that Rae had inked a deal with HBO. Early reports made it seem like the show might be floating in limbo given that, according to insiders, the cable network is notoriously slow when it comes to bring its series to fruition. News of the show’s casting, pilot, and a full series order, quickly put many fans’ worst fears to rest, however. HBO recently teased the series in a trailer featuring quick clips of many upcoming series.

The montage of clips, which starts at around 1:45 in the video below, also gives another look at Kerry Washington as Anita Hill in the HBO film Confirmation. The film, which is directed by Dope director Rick Fumuyiwa, centers around Clarence Thomas’s Supreme Court nomination hearings, and the sexual harassment allegations by Hill, which were highly publicized at the time.