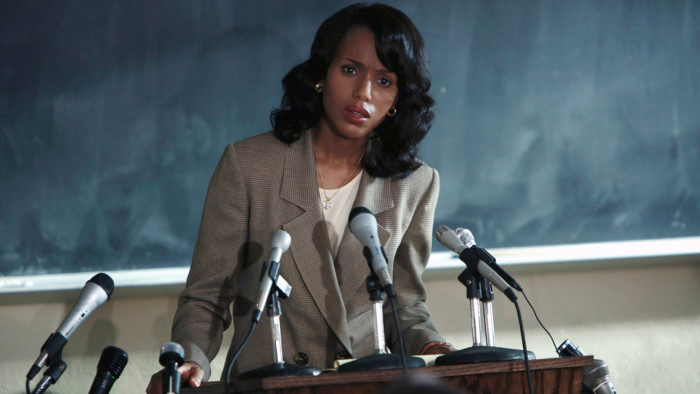 HBO recently released the first image of Kerry Washington as Anita Hill for the upcoming film Confirmation. The film, which is directed by Dope director Rick Fumuyiwa, centers around Clarence Thomas’s Supreme Court nomination hearings, and the sexual harassment allegations by Hill, which were highly publicized at the time.


According to Variety, the cast of the film also includes,

[…] Wendell Pierce as Thomas and “Americans” actress Alison Wright as his wife, Virginia. Greg Kinnear plays Joe Biden, who at the time served as chairman of the Thomas’ Senate Judiciary Committee hearings. Other cast members include Dylan Baker as Senator Orrin Hatch, who also served on that committee, and Grace Gummer as Ricki Seidman, the Ted Kennedy aide to whom Hill confided about the harassment.

Production for the film is currently underway, and there is no word yet of a premiere date.