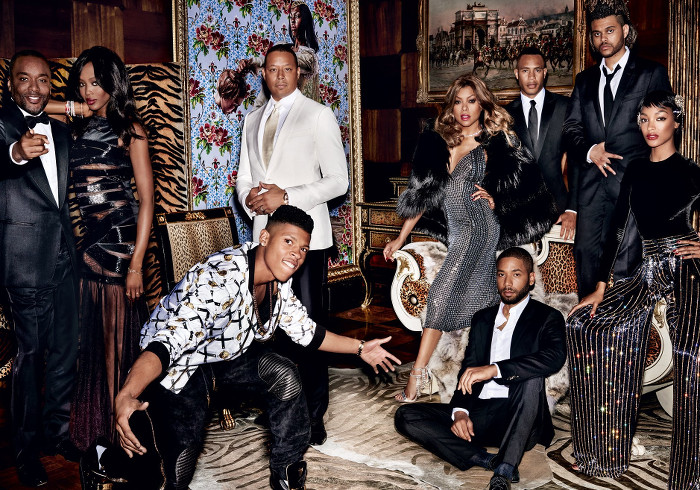 (The cast of EMPIRE with Jourdan Dunn and The Weeknd For Vogue by Mario Testino.)

From Cookie’s distinct statement style to a bevy of editorials featuring cast members from the show, EMPIRE has always been about style as much as its been about enthralling story lines.

According to WWD, Fox has partnered with Saks to create EMPIRE themed windows at the New York and Beverly Hills flagships, from September 10 to October 7. Members of the cast will feature in the latest edition of the Saks magalog — a perfect meeting of fashion editorial and advertising.

Saks will also offer curated collections with pieces from designers who fit the “EMPIRE aesthetic,” such as Alexis Bittar and Cushnie et Ochs.

“This rollout at Saks positions ‘Empire’ as a fashion brand,” said Jeffrey Godsick, president of Twentieth Century Fox Consumer Products. “As we introduce the next layers we’re doing, such as collaborations and having interesting designers create clothes for the cast, [we’ll have that credibility.]”

“We wanted to introduce ‘Empire’ as a lifestyle brand from the outset,” Godsick said. “It has aspirational qualities. We believe it can be a stand-alone fashion brand. It could be an ‘Empire’ label or a label related to a specific character.”