Good Reads. “Bad Feminist”. For All of Us Who Love The Color Pink and Problematic Rap Lyrics. 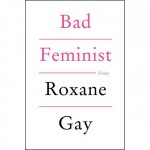 Whether you identify as feminist, womanist, or anything in between, writer Roxane Gay’s newest book, a collection of essays titled Bad Feminist: Essays

will most likely speak to you.

is a light-hearted, but astute and informed take on the contradictions and cultural intersections that come with being a woman in contemporary society. Gay even takes the time to address stereotypes and misconceptions about feminism, at several points admitting she once held negative views about feminism and openly shied away from the label. 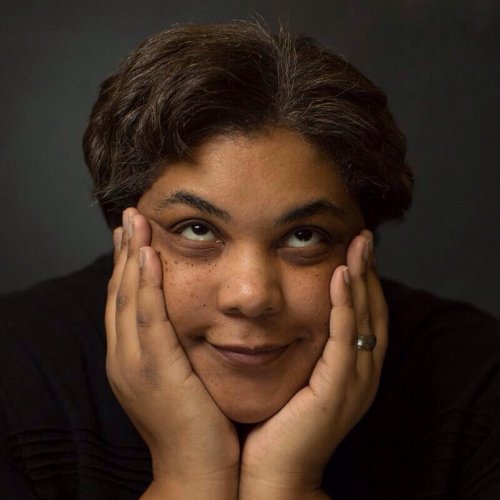 Check out a few choice excerpts, via Buzzfeed.

I am a bad feminist because I never want to be placed on a Feminist Pedestal. People who are placed on pedestals are expected to pose, perfectly. Then they get knocked off when they fuck it up. I regularly fuck it up. Consider me already knocked off.

When I was younger, I disavowed feminism with alarming frequency. I understand why women still fall over themselves to disavow feminism, to distance themselves. I disavowed feminism because when I was called a feminist, the label felt like an insult. In fact, it was generally intended as such. When I was called a feminist, during those days, my first thought was, But I willingly give blow jobs. I had it in my head that I could not both be a feminist and be sexually open. I had lots of strange things in my head during my teens and twenties.

I disavowed feminism because I had no rational understanding of the movement. I was called a feminist, and what I heard was, “You are an angry, sex-hating, man-hating victim lady person.” This caricature is how feminists have been warped by the people who fear feminism most, the same people who have the most to lose when feminism succeeds. Anytime I remember how I once disavowed feminism, I am ashamed of my ignorance. I am ashamed of my fear because mostly the disavowal was grounded in the fear that I would be ostracized, that I would be seen as a troublemaker, that I would never be accepted by the mainstream.

I get angry when women disavow feminism and shun the feminist label but say they support all the advances born of feminism because I see a disconnect that does not need to be there. I get angry but I understand and hope someday we will live in a culture where we don’t need to distance ourselves from the feminist label, where the label doesn’t make us afraid of being alone, of being too different, of wanting too much.

On “How To Be Friends With Other Women”, excerpt via the Guardian,

1 Abandon the cultural myth that all female friendships must be bitchy, toxic or competitive. This myth is like heels and purses – pretty but designed to slow women down.

1a This is not to say women aren’t bitches or toxic or competitive sometimes, but rather that these are not defining characteristics of female friendship, especially as you get older.

1b If you find that you are feeling bitchy, toxic or competitive towards the women who are supposed to be your closest friends, look at why and figure out how to fix it and/or find someone who can help you fix it.

2 A lot of ink is given over to mythologising female friendships as curious, fragile and always intensely fraught. Stop reading writing that encourages this mythology.

3 If you are the kind of woman who says, “I’m mostly friends with guys” and acts like you’re proud of that, like that makes you closer to being a man or something, and less of a woman, as if being a woman is a bad thing, see item 1b. It’s OK if most of your friends are guys, but if you champion this as a commentary on the nature of female friendships, well, soul-search a little.

3a If you feel it’s hard to be friends with women, consider that maybe women aren’t the problem. Maybe it’s just you.

3b I used to be this kind of woman. I’m sorry to judge.

4 Sometimes, your friends will date people you cannot stand. You can either be honest about your feelings or you can lie. There are good reasons for both. Sometimes you will be the person dating someone your friends cannot stand. If your man or woman is a scrub, just own it so you and your friends can talk about more interesting things. My go-to explanation is, “I am dating an asshole because I’m lazy.” You are welcome to borrow it.

For more, grab your copy of Bad Feminist: Essays

Chimamanda Ngozi Adichie: ” I refuse to accept that somehow feminism and femininity are mutually exclusive.”