Haitian-American Author Edwidge Danticat on Misconceptions About the Mass Deportation of Dominicans of Haitian Descent. 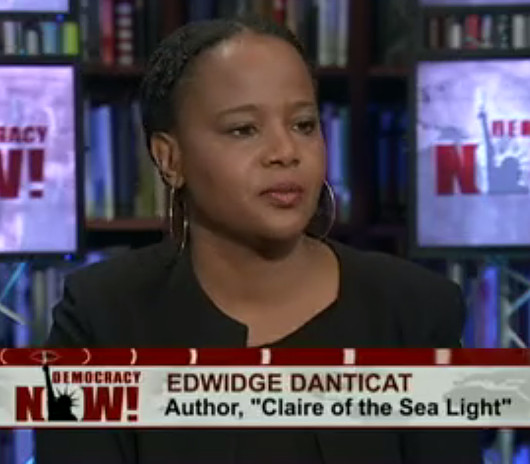 Haitian-American Author Edwidge Danticat recently appeared on a Democracy Now! segment to discuss the controversial mass deportation of Dominicans of Haitian descent. Danticat cleared up some misconceptions about the sheer scale of these deportations.


I think it’s—people are so ill-informed about the situation that I think it’s—it is important for us to reach for the analogies that we had. It’s as if the United States said, “Yes, everybody who has been here since 1930, you have to prove you’re a citizen. You have to go back to the place where you come from to get a birth certificate from there.”

I think we also have to remember that this is not the first time that we’ve had these deportations. There were somewhat large-scale deportations in the 1990s, and they also happened to coincide with elections in the Dominican Republic. And often as elections are coming up, you know, and parties who are in power want to keep their power, you always have in the Dominican Republic this population that you can easily scapegoat. But this is the time that it’s gone—this is the first time that it’s gone this far, where, as this action is happening, it’s also a way of—it seems to be cleaning out some voter roll—you know, the voter rolls and people who could possibly be voting. And it’s something that we have seen before, but never on this large a scale.

Watch the entire segment below, Edwidge Danticat comes in at 45:25.