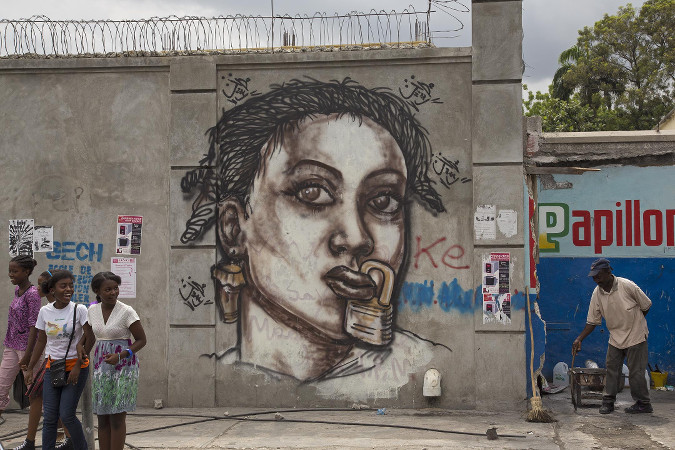 Haitian artist Jerry Rosembert creates frank, original graffiti works that make a statement. His distinctive artwork, which can be found all over the streets of Haiti, features images which profess hope for the future of Haiti, with phrases like “Haiti will not perish.” Rosembert’s works, which have attracted the attention of journalists, arts organizations, and local politicians, also criticize governmental corruption and address gender inequality in the small island nation.


The artist has also been outspoken about the effect of foreign aid in the country and the ongoing Cholera outbreak. 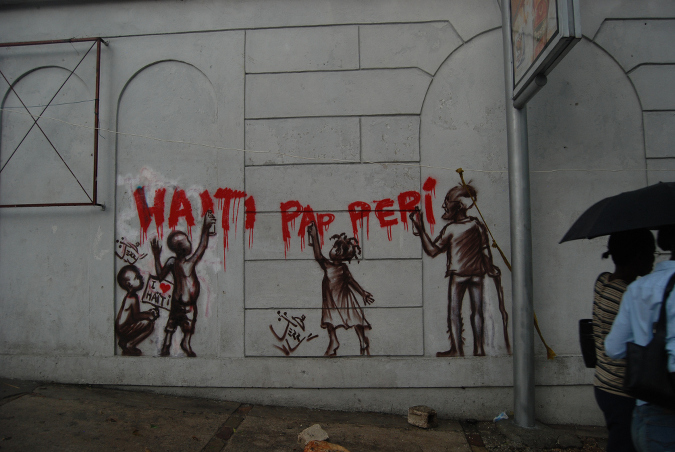 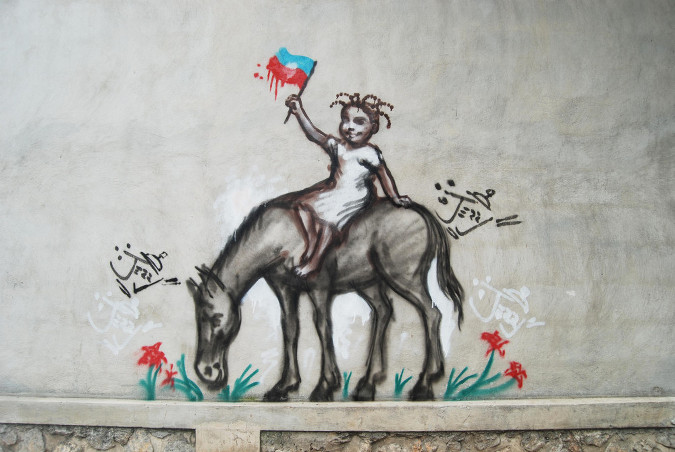 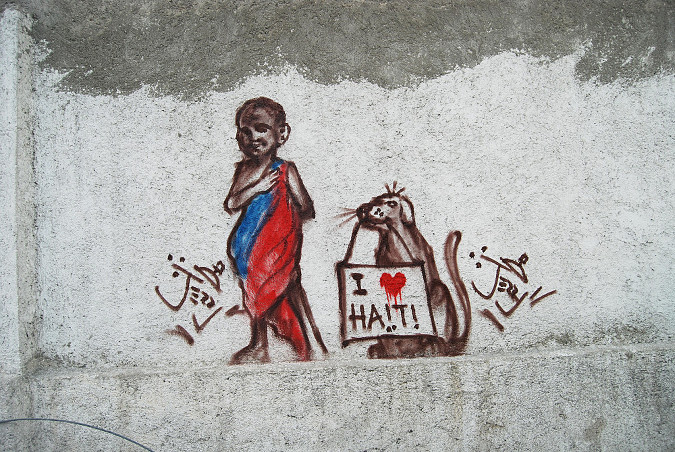 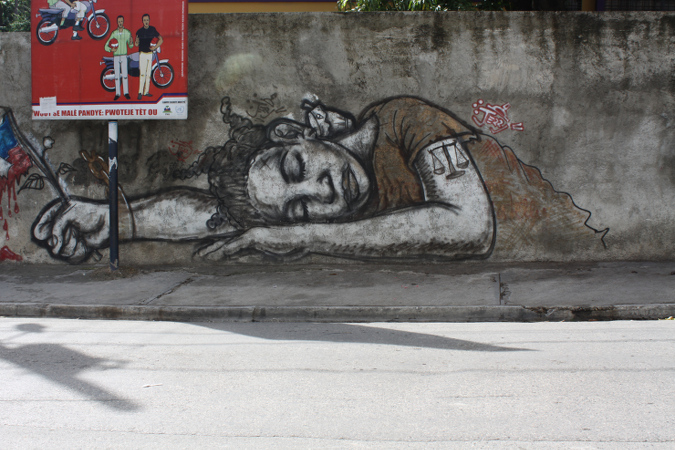 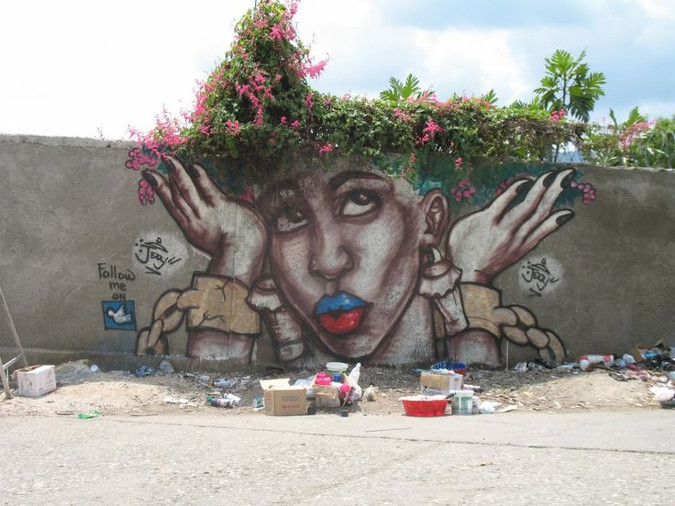