H&M Closes All of Its South African Stores Following Protests Over Racist Ad. 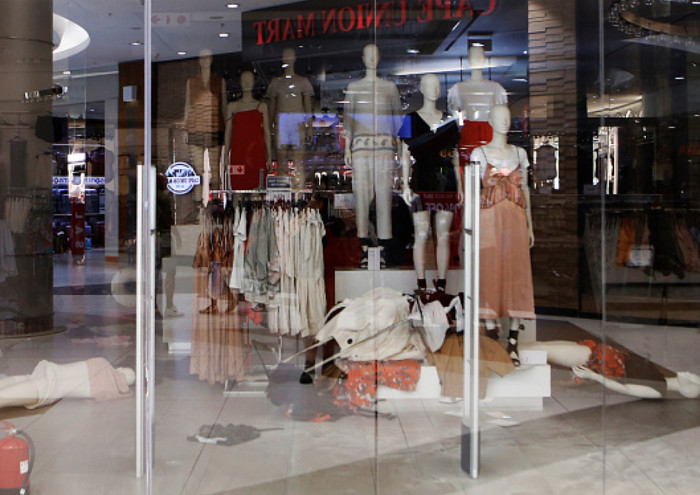 The backlash over a racist sales image featuring a black child modeling a “monkey” sweatshirt has gone global. Last week, members of the Economic Freedom Fighters party in South Africa took to H&M stores across the country and held demonstrations in front of them. Members of the party also entered the store and turned over displays and toppled mannequins. Images of footage of the protests spread rapidly on social media over the weekend, sparking much debate.

Started by Julius Malema, and his associates in 2013, the Economic Freedom Fighters (EFF) is a socialist party and currently the third largest in both houses of South Africa’s parliament.

“We make no apology about what the fighters did today against that store called H&M” and said targeting the stores was “just the beginning,” Malema said in a speech on Saturday.

In response to the protests, H&M announced on Saturday that it would be temporarily closing all of its stores.

“Out of concern for the safety of our employees and customers we have temporarily closed all stores in the area,” H&M said in a statement via email.