ICYMI. Check Out Keke Palmer In This Teaser For the Upcoming Horror Series ‘Scream Queens.’ 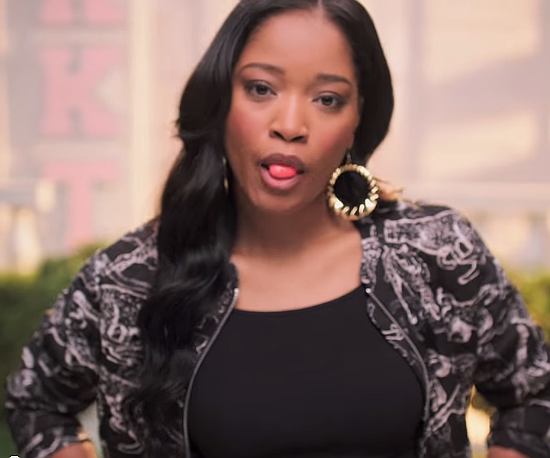 
Not much is known about Palmer’s character or the series other than the fact that Scream Queens is a “new anthology series that revolves around a college campus which is rocked by a series of murders and is set in a sorority house.”

Palmer will be starring alongside Jaime Lee Curtis, Emma Roberts, Lea Michele, Joe Manganiello, Abigail Breslin, Ariana Grande and Nick Jonas. This isn’t Palmer’s first horror role, she recently starred in the Chiller film Animal. From the looks of this teaser, Palmer’s character might be getting in on the devilish fun.