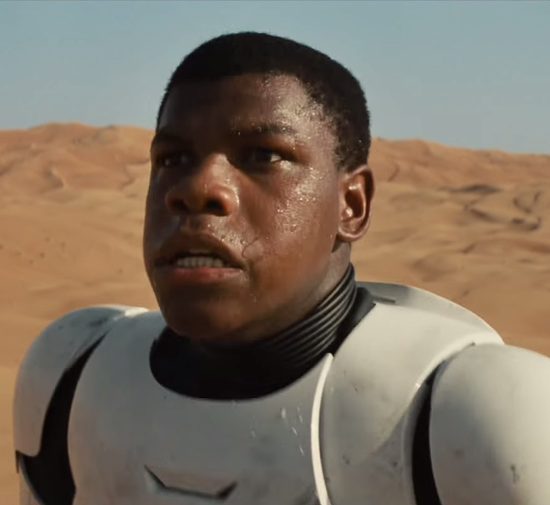 The official trailer teaser for the upcoming film Star Wars: The Force Awakens dropped this past Friday to an audience of excited fans. In case you missed it, check out the trailer below, which has amassed over 9 million views, and counting.


Some fans criticized Nigerian-British actor John Boyega playing a stormtrooper. He had the perfect response on his Instagram page.

Other fans theorized that Boyega’s character was actually part of an elite class of stormtroopers, which would definitely be an interesting development.