In Case You Missed It. The Best Looks and the Best Moments at the 2015 Grammy Awards. 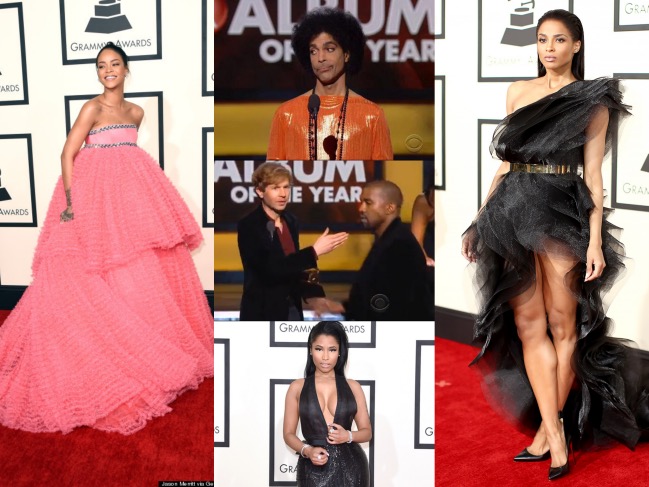 While in general, this year’s Grammys seemed to be suffering from a bit of an Oscar problem, there were definitely some great moments, great performances, and even better fashion.

Beyoncé was the biggest winner of the night, scoring awards for “Best R&B Performance” and “Best R&B Song” for “Drunk in Love.” Her self-titled album also scored an award for “Best Surround Sound Album.” Unfortunately she didn’t take home the win for “Album of the Year.”

Her pink Giambattista Valli gown was definitely the talk of the town.

The singer and model’s seriously out there dress by fashion designer and reality star Andre Soriano definitely had folks talking.

This dramatic number was everything. Also… legs!

I’m loving the cut of her dress and the fact that she brought some color to the red carpet. And then there’s the hair…

Her red carpet look could be considered a Beyoncé staple, at this point, but her lovely, ethereal look onstage was definitely a favorite.

Prince made a statement while presenting “Album of the Year.”

Kanye was not here for Beck’s “Album of the Year Win.”

Beyonce also gave a shoutout to the Beyhive in her acceptance speech.

Eminem won the award for “Best Rap Album,” beating out some Australian woman.

Ugh, that is just the most PERFECT treat for my black history month.

Beyoncé helped close out the night with a performance of “Take My Hand, Precious Lord.”