Interviews. All About Meleka’s ‘The Funkin 90s Ep’. Featuring Covers of Soul for Real, Aaliyah, and Tevin Campell. 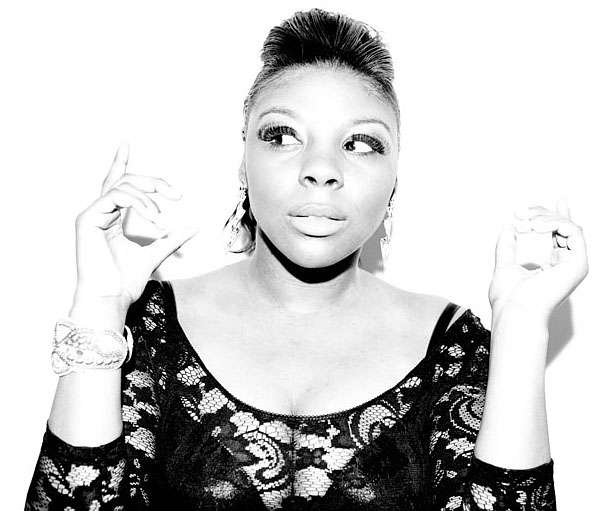 
For most of us Millennial music lovers, the songs of the 90’s were a perfect soundtrack to our childhood and early adulthood. Tracks that superbly complimented a host of experiences-from our first heartbreak to that irresistibly catchy summertime tune that you couldn’t resist dancing along to. Meleka, a London born and raised singer-songwriter was previously known for her more electronically tinged music. On her latest project, The Funkin 90’s EP, she revamps some of our favorite 90’s R&B tunes into delectable renditions with accents of everything we loved about the retro songs. It’s fresh, undeniably unique. You just want to gobble up the 7-track EP all at once as you would a delicious treat but you don’t. You instead handle the rare musical treat nice and slow, letting every intonation and melodic variation engulf you.

I just wanted to kinda pay homage to those who have influenced me as a singer and songwriter.

Meleka: Yes, this is my first properly completed project. I’ve had singles and remixes of those singles over the years but not a full body of work. Over the years though, I’ve collaborated quite a bit with other artists. I’ve been on two of Basement Jaxx’s albums, one called ‘Scars’ and their latest which came out in November. I’ve also been writing for other people. I was also featured on the single ‘Switch It Off’ by UK producer Redlight and dance group Machines Don’t Care. I’ve mostly been busy doing projects and lots of songwriting but much of the focus now is on my work.

Andrea: Tell us how you got into songwriting.

Meleka: I’ve just always loved music. I grew up in a musical household. My dad owned a studio so most of my childhood involved music in some form. Music really has been a natural gift so evolving into songwriting and singing has been an organic process. Music was and continues to be a huge part of my life and I’m so lucky. I know that I’ll always be involved in music in some shape or form.

Andrea: So your dad passed down the tradition of music.

Meleka: Yes, basically. Who knows, I might still be singing without the influence of my dad but he definitely nurtured the passion and gave me an outlet and I’m so grateful for that.

Andrea: Why an R&B cover EP?

Meleka: I love R&B music! I’m a huge fan of the nineties era songs. I grew up with a lot of these songs so I just thought it would be a really cool thing to do. With this being my first full body of work, I wanted to give something to the fans, give them something for free and something that I loved and that I was proud of. I just wanted to kinda pay homage to those who have influenced me as a singer and songwriter.

Andrea: And why those specific songs?

Meleka: To be honest it was so hard for me and my manager to choose from. We literally went back and fourth deciding for about a month…[laughs]. There were so many AMAZING songs to choose from. There were just so many songs, and so many of them I fought for but ultimately we had to cut things down but Tevin Campbell’s “Can We Talk,” never came off the list though. Such a great song. It reminds me so much of my childhood, my mom and my dad. Ohh, it’s amazing!

Andrea: Very much a sense of nostalgia tied to the songs.

Meleka: Yes, I could tell you a story for almost all of those songs.

Andrea: Do you mind telling us one of those stories?

Meleka: Absolutely. My mom introduced me to Donnell Jones’ music as a child. She used to always play his albums when I was growing up. From that I became a Donnell Jones fan and I then became a huge supporter of him. I remember a couple of years ago, he came over to perform in England. I’ve met him a few times, once while he was doing soundcheck I called my mom up and was like “mom Donnell Jones is here performing.” He actually took the time to speak to her on the phone. Another time, I opened for him, my mom had the chance to be there and got to meet him. Such a nice person.

Andrea: You’ve worked with some notable producers (Bassment Jaxx, Prod !ntalekt, Hoost, KZ) on your EP. What was the collaboration process like?

Meleka: While working together we tried a couple of different approaches but generally most of the songs came out of a jam session. The producer would start jamming and I would then start singing something, they would again play something back.

When I was working with !ntalekt on our cover of ‘You Don’t Know’ by 702 in the second verse he dropped in the chords from Blackstreet, “Don’t Leave Me.[sings]” and I was like “ohh my days, we have to put that in” so we did. Again, no one has really picked up on it.

Andrea: It’s a nice change, a subtle touch for sure.

Meleka: Yeah. Even on the cover track of Tevin Campbell’s “Can We Talk,” Hoost and I dropped in a bit of “Say My Name” by Destiny’s Child. It was another way to sneak in other tracks. A way to pay homage to the artist and songs of the 90’s on the EP.

Andrea: You talk about this project being a new chapter in your career. Can you expound on that?

Meleka: Yeah. A lot of people are used to me singing sort of house music. My sound has evolved and will definitely continue to over the next eighteen months. This is just the beginning of that chapter. I’m starting something new and I’m really excited about the journey, my fans are on this journey with me, from the old sound to the stuff that’s ahead and I can’t wait to see how my fans respond to all the progression.

Andrea: Any plans of touring, coming States side?

Meleka: I would love all of that. I’ll be visiting the States a few times this year. Performing wise, it’s looking more like next year for tours and such. I recently signed a publishing deal to Ultra for my songwriting. I have other opportunities that I’m really excited about.

Meleka: Just that I hope the fans continue to enjoy the music and this musical journey with me. Check me out on Twitter @ MelekaMusic to keep up to date on the latest.