Janet Mock Ties the Knot. Opens Up About the Wedding She Thought Would Be Impossible For Her as a Trans Woman. 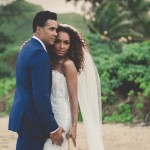 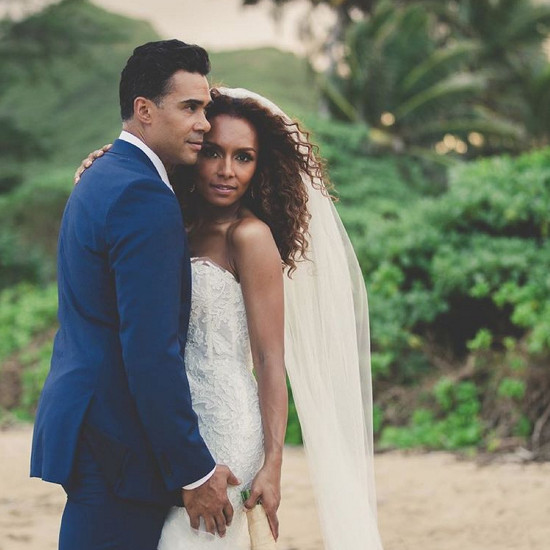 Pictures of Janet Mock’s wedding as well as many of the images of her relationship and personal life that she shares on her Instagram page depict a life that might be a dream for most women. But, despite the fact that Mock always appeared to “have it all,” the television host, advocate, and writer never thought that her dream wedding day would ever come.


Mock met her husband Aaron in 2009, and came out to him as Trans after their third or fourth date. In 2011, she penned an essay for XOJane, describing the scene as she revealed her truth in telling him that she was a transgender woman.

“I have something to tell you,” I remember saying.

Aaron stood at the foot of his bed, readying himself for disappointment, it seemed to me. Or at least that’s what I internalized.

How do I say this? I ask myself.

I don’t look at his face while spouting off the details of my journey through genders as a kid: “I knew I was a girl from my very first thoughts.” “I began presenting as female from age 12”; “I took hormones in high school”; “I flew to Thailand to have surgery at 18.”

When I finally stopped talking, I exhaled. I’d finally told someone I was falling for my whole story. And I was afraid that my biggest fear would come true: Aaron would look at me differently.

I could no longer just be Aaron’s fantasy, a mixed girl with curly hair from Hawaii with a master’s degree and a job that “a million girls would kill for.” Our fantasies had ended and now we were just two people bare in front of one another.

And it was then that I went into the ugly cry. For the first time in my young life I was being seen, fully seen as the totality of my experiences.

Mock’s touching story is sadly, a rarity for girls like her. For many trans of women of color — security, safety, and support from loved ones and significant others can be hard to come by. Mock recently admitted to Brides Magazine, that she never thought her wedding day would come.

But as we began to plan, I struggled to imagine what my wedding day would look like because I had never imagined that I would actually have a wedding. I grew up in a world where girls like myself rarely got the guy in the end, where partnership wasn’t readily accessible, safety wasn’t guaranteed, and love wasn’t part of the equation. I had no blueprint for happily ever after.

Hopefully Janet Mock’s nuptials serve as inspiration for all the girls like her who never imagined their wedding days either.