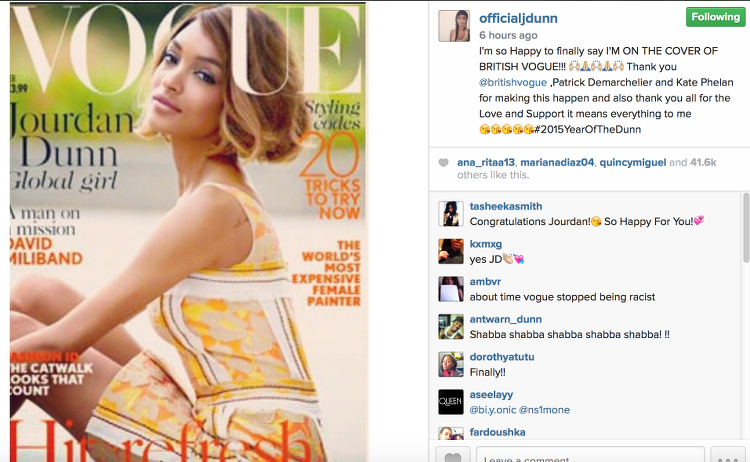 2015 is already shaping up to be a pretty big year for British supermodel Jourdan Dunn. She recently shared her first solo cover of British Vogue. Shot by Patrick Demarchelier and wearing Prada, Dunn is the black first model in nearly 12 years to land a solo cover of the fashion bible’s British edition. The last solo cover spot by a black model was occupied by Naomi Campbell in 2002. This isn’t the first time Dunn has followed in Campbell’s footsteps, in 2008 she was the first black model to walk for a Prada show since Campbell had closed a runway show over ten years earlier.