Juliana Smith Was Inspired by ‘The Boondocks’ to Create This Feminist Comic. 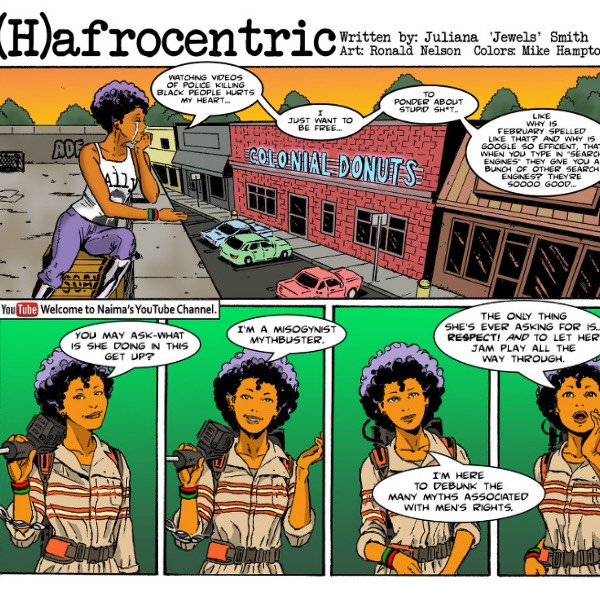 Written by Juliana “Jewels” Smith, and illustrated by Ronald Nelson (H)afrocentric is a new comic series that centers around a group of students of color attending Ronald Reagan University. Main character Naima Pepper is a self-proclaimed radical black feminist, who grew up in a mostly white community.

Smith drew inspiration from Aaron McGruder’s popular The Boondocks comic series, which she points out often featured one-dimensional female characters, despite tackling issues of race in America. She wrote Naima Pepper to be complex.

“I purposely used the soapbox as Naima Pepper’s weapon of choice to take a crack at myself and activists alike, who lean towards self-righteousness,” Smith told The Establishment, “I also wanted Naima Pepper to have black feminist politics with millennial sensibilities.”

You can preview (H)afrocentric HERE and read the recurring series at The Establishment.