Kenya’s High Court Enforces Rule That One Third of MP’s Must Be Women. 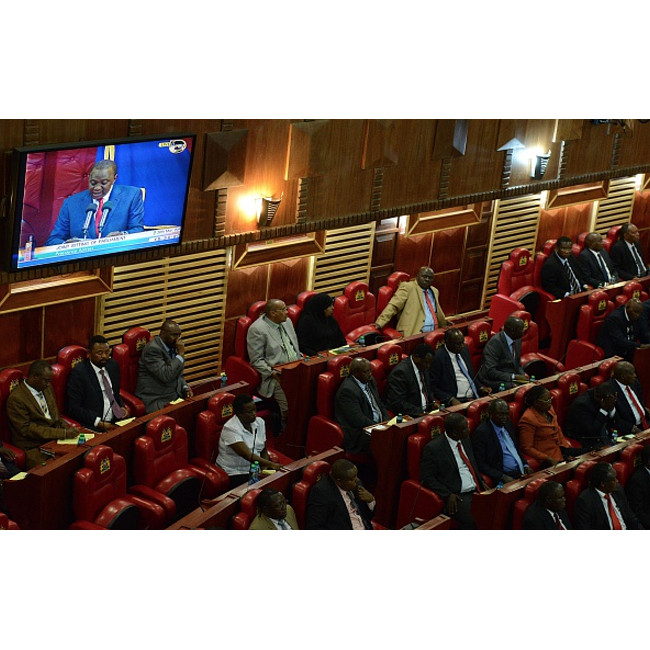 Kenya’s Parliament in 2015. via Getty Images.

Kenya’ high court has taken an important step towards gender equality. Last week the country’s high court gave parliament 60 days to pass a law requiring that one third of its members be women. If Kenya’s parliament fails to pass the law, it would be shut down.

“Parliament has a constitutional obligation to enact the requisite legislation and failure to do so within the stipulated period is in my view unacceptable and a blatant breach of their constitutional duty,” High Court Judge John Mativo said, according to AFP.

“There is no way you can talk about a country developing towards achieving sustainable development goals when you’re not taking into consideration equality, you’re not taking into consideration bringing everybody to the table so that their voices can be heard when it comes to decision making, when it comes to determining how resources are distributed,” Mike Wachira, deputy director of the Center for Rights Education and Awareness, in an interview with the BBC.

The case was brought to Kenya’s high court by a coalition of civil rights groups of human rights organizations.