Laverne Cox in ‘The Exhibitionists.’ A Look at One Of Her Last Major Roles Before ‘Orange is the New Black.’ And Trans Representation on Film. 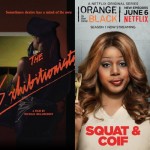 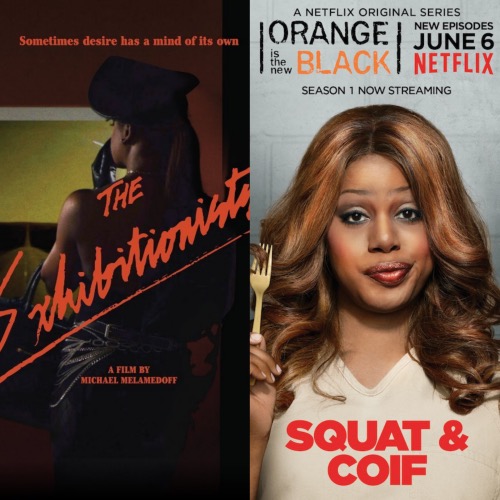 In recent years, we’ve witnessed transgender actress and activist Laverne Cox’s star power rise. She’s now the first transgender actress to be nominated for a primetime Emmy. Cox also recently posed nude for Allure magazine as well as graced the cover of Time magazine where conversations were had about “the transgender tipping point.”


In her breakout role as Sophia Burset, in the wildly popular dramedy Orange Is The New Black, Cox plays the role of a prison inmate and a transitioning male to female transgender who’s doing time for credit card fraud. Cox, alongside a dynamic cast, depicts a plethora of nuanced characters of varying “races, body types, sexualities, and struggles.” But before her success and accolades, Cox served up some kink as Blithe Stargazer, a “washed up pop star” in the film The Exhibitionists.

The film follows various characters in a friend group at a New Year’s Eve get together. Walter Todd, a low-grade filmmaker who specializes in pornography, is the film’s antagonist. On this particular night, Walter is set on revealing a juicy secret that he hopes will leave his girlfriend disheveled. What we do find out, leaves the audience a bit shocked (incest). Ultimately, the 88-minute film falls flat, due to poor execution. I expected debauchery, at its best, as the film’s synopsis suggests, and there was some, but I found myself uninterested throughout. The initial thirty minutes of the film were lack-luster. Ideas weren’t properly fleshed out and the acting sub par. The only bit of light, thirty minutes into the film, was when Cox’s character burst onto the scene. Things quickly become more inviting and exciting. There are two unforgettable scenes that stood out. The first sees Blithe acting out a “dog-owner” roleplay. The second, Blithe insists on filmmaker Walter sucking on her “cock,” a loaded gun. Her role an interesting one, but one Cox had played time and time again.

In a recent issue of Variety magazine, Cox touched on being typecast in the industry. She expounds on the type of roles that she often acquired.

“I played sex workers seven different times in either student films or on TV. I tried to make all my sex workers different.” The actress remarking further, “When it came along, I thought, what a wonderful opportunity to talk about and highlight issues of trans women in prison. Certainly, Sophia has been one of the most complicated characters I’ve gotten to play as an actress, and I’m really grateful she’s come into my life.”

What a difference a year has made. Cox took on the role as Blithe in The Exhibitionists in 2012, a year later she was cast as Sophia Burset in Orange Is The New Black. She now has a stage to humanize the transgender experience, both on and off screen. In her depiction as Burset, we see the backstory, the why behind the crime, as we see with many of the other characters on Orange Is the New Black. We see Sophia’s struggle to maintain familial ties. We see her fight for access to well-needed hormones, which are crucial to her transitioning process.

The significance of Cox as a Hollywood power player is profound. By “normalizing” transgender lives, the larger society gets to view queer bodies as whole– as human beings who face a lot of the same issues as everyone else. We’re looking forward to seeing how Sophia Burset has evolved in season three of the show.

Season three of Orange Is The New Black premieres on Netflix on June 12th.