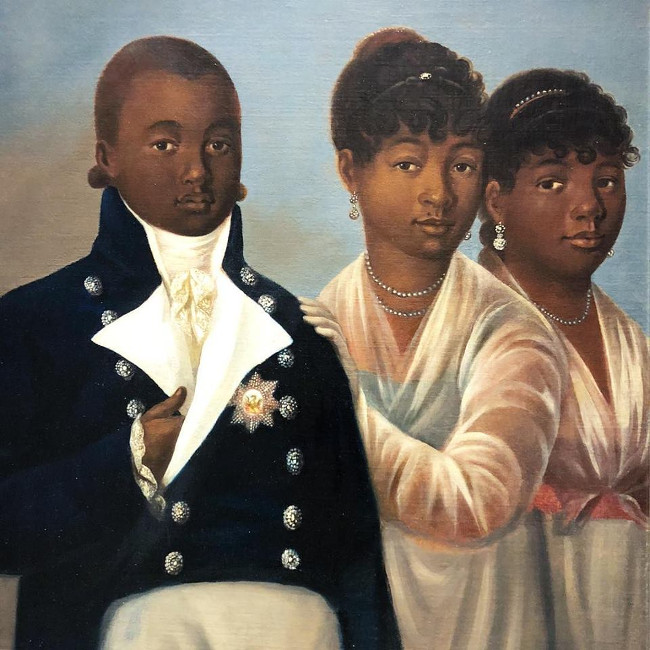 A lost portrait of Haitian King Henri Christophe (1767-1820) is set to appear in an exhibition at New York’s Alexander Gallery.

Christophe, a former slave likely of Igbo or Bambara ethnicity, played a key role in the Haitian Revolution and became the free nation’s first leader.

Christophe’s wife and daughter, Princesses Améthyste & Athénaire appear alongside him in the painting — the only known depiction of the two women.