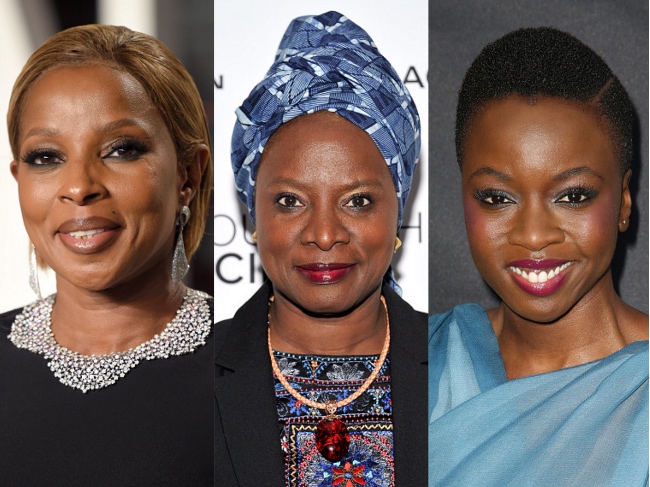 “Poverty is sexist. We live in a world where women and girls suffer the brunt of extreme poverty and disadvantage, where being born female guarantees you the short end of the stick. Socially, economically, legally – girls and women living in the poorest countries get a raw deal simply because they are born female. Every day, in every corner of the world, they are stopped from reaching their full potential. This is still true in America and in Europe, but it is especially true in the developing world. Each of us has an opportunity and a responsibility to speak out and demand action.” – Danai Gurira, Actor and Award-Winning Playwright

Mary J. Blige, Danai Gurira, Angelique Kidjo, and Shonda Rhimes are part of a group of 86 high-profile signers of an open letter to world leaders released Monday declaring that ‘poverty is sexist‘ against girls and women.

On the eve of International Women’s Day, The ONE Campaign and dozens of actors, musicians, journalists, business leaders, celebrities, and other strong voices for women have teamed up to tell lawmakers that extreme poverty hurts girls and women harder and in different ways than it does boys and men, and to demand targeted action to support girls and women.

It is outrageous that in 2016, girls account for 74 percent of all new HIV infections among adolescents in Africa, and 40 percent of women on the continent suffer from anemia, which results in 20 percent of maternal deaths. This, despite substantial evidence that investing in girls and women lifts everyone out of poverty more quickly.

Two hundred ONE members will also be on Capitol Hill on Tuesday meeting with lawmakers to advocate for specific policies that would address these problems.

The open letter, to which people can add their own signature at one.org/letter, will be delivered to President Obama and other world leaders. The letter — which concludes: “International Women’s Day must be about advancing girls and women everywhere” — has already been signed by:

“Think about the world we’d live in if more girls had the chance to grow up to be empowered women. Extreme poverty is choking the potential of generations of young women in the developing world. Poverty is sexist. It hits girls and women harder than it does boys and men, creating a real urgency that world leaders must address. That’s why I’m raising my voice and asking others to do the same.” – Shonda Rhimes, Creator and CEO of Shondaland