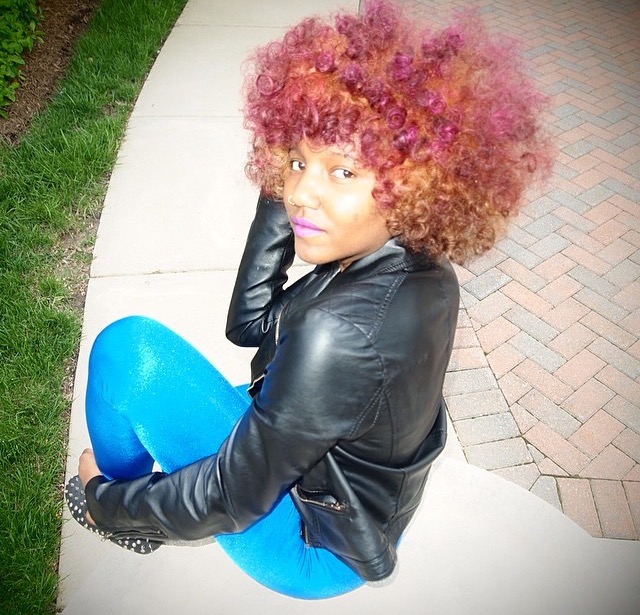 Over a period of 2 days, late last month, #HowItFeelsToBeABlackGirl began trending on Twitter. The hashtag, which continues to grow and gain new contributors, tells raw truths about the reality of existing in a world where black women and girls of all ages have to deal with both sexism and racism simultaneously. Black women from all walks of life used the hashtag to talk about everything from finding the right shade of make-up and dealing with Eurocentric beauty standards to colorism, fearing rejection, and facing microaggressions. Many social media users also used the hashtag as an opportunity to celebrate notable and inspirational black women.

#HowItFeelsToBeABlackGirl is more than just a hashtag, however, it’s a movement. The phrase is part of an empowerment campaign aimed at black girls, created by aspiring filmmaker and actress Jada Mosely. Mosely, who hails from DMV area Maryland, hopes that the movement, which started with a documentary, and now has grown into a web series, will continue to grow.

A lot of our readers readers first became familiar with #HowitFeelstobeaBlackGirl through the hashtag; can you tell us a bit more about it? What inspired you to create the project? When did it first all come together?

Was there a particular moment that stood out to you while forming the movement, producing videos, or seeing the hashtag spread? Do you feel that you learned some things along the way?

When the movement started getting more attention I realized that hard truth that not every black person would support it, not even black girls. It was hard to deal with at first because the first documentary received a lot more attention than I expected. The web series however, did not. I learned that I cannot give up or let the negative comments get to me. I wanted to give up multiple times but I’m happy that I didn’t.

How would you respond to those that have stated that the movement is “too negative?”

Many followers want to keep the conversation going, what they do to contribute to the movement?

They can always participate in videos and/or writing for the blog. I put all the guidelines on the website so that way everyone has access to them, as well as the schedule. Also, they just have to tell people to watch the series and keep using the hashtag.