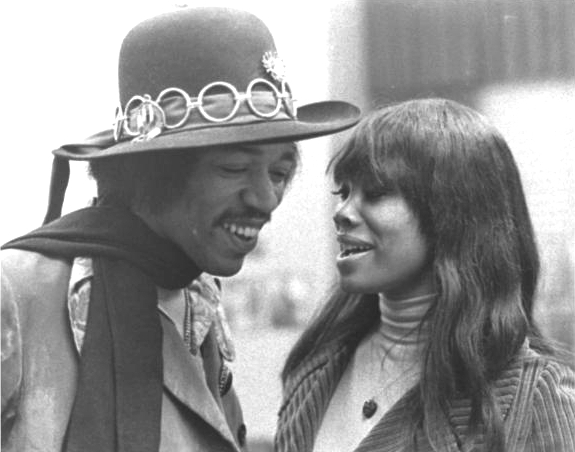 Lithofayne Pridgon has led a hell of a life. The former musician and close friend of Etta James, has been linked to a host of legendary musicians, including Sam Cooke and Jackie Wilson. Her most famous relationship was with the one and only Jimi Hendrix. Pridgon, “Fayne,” as she was known, dated Hendrix from his pre-fame days in Harlem, through the height of his career, to his death in 1970.


In a recent interview with the Guardian, Pridgon shared some candid details from her days with Hendrix, and also revealed the origins of his most famous songs, “Foxy Lady.”

She tells a story that illuminates where the title may have come from. “He used to call every pet we had ‘Foxy’,” she says. One time, they found a kitten on the street and took it in; Jimi immediately named it Foxy. Later on, they bought a poodle; he named that Foxy, too. He was also in the habit of using the word in other ways: “He used to like to refer to good-looking girls as foxy. Or if I put on certain things, he’d say, ‘Wow, you look foxy in that.’”

You can watch her in action in this clip from the 1973 documentary, Jimi Hendrix. She pops just before the one-minute mark.

Rumor has it, Fayne Pridgon will also be writing a memoir, focused on her days with Jimi and with her other lovers. If the book ever comes out, it likely be quite a read.

Until then, read this interview at the Guardian.