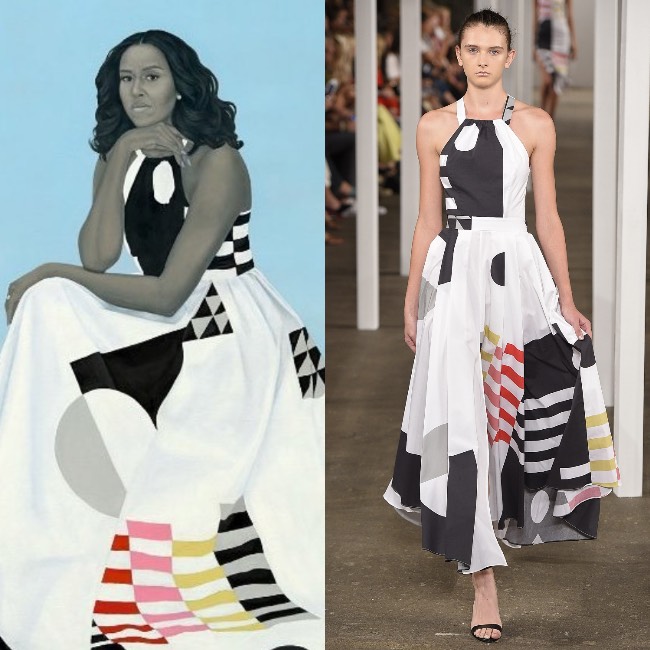 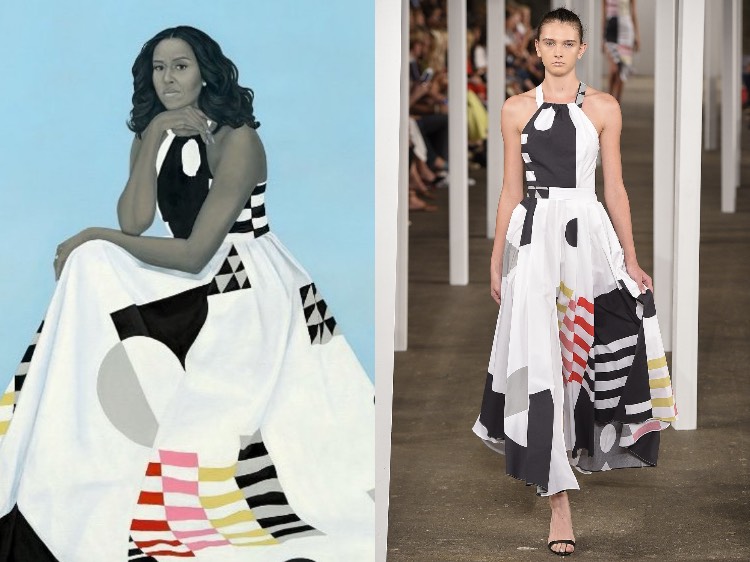 The official portraits for Barack and Michelle Obama were unveiled earlier today at Smithsonian’s National Portrait Gallery. While an official portrait is a rite of passage for all presidents, the Obamas made waves with their choice of two African American contemporary artists with very distinctive styles, Kehinde Wiley and Amy Sherald.

Both Wiley and Sherald are known for their signature style of portraits that mostly feature black men and women.

For her portrait Michelle Obama wore a geometric patterned maxi dress from Milly Spring 2017 collection. The portrait has drawn mixed, but excited reactions, as well as some rousing discussions. Thoughts?