Michonne Tattoos Are Very Much a Thing. 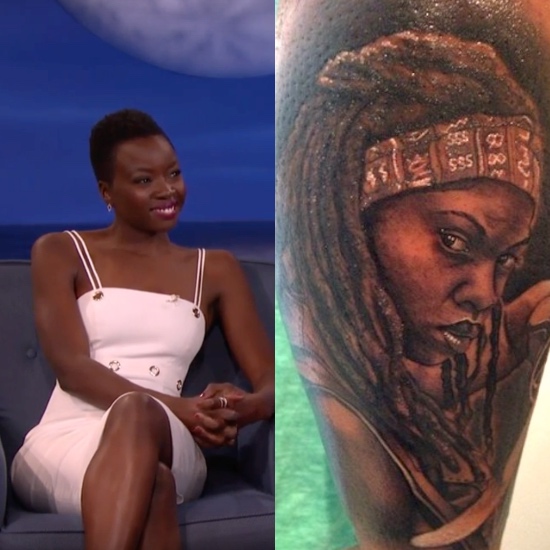 From biting to stalking to constant shipping, it’s no secret that fans of The Walking Dead can be pretty hardcore. While the show’s cast seems to take the fandom all in stride, during her appearance on Conan, actress Danai Gurira who plays fan favorite character Michonne, admits she was a bit surprised the first time she laid eyes on a Michonne tattoo.

“[…] it was a gentleman’s calf, and it was covered with my face,” she said, referring to an image that her hairstylist showed her, via a tattoo artist friend.

Since then she’s also spotted images of Michonne on entire backs, arms, and other body parts.

A search for Michonne tattoos reveals that the character in both comic book and television form is a pretty popular choice for permanent body ink. Here are some of our favorites. 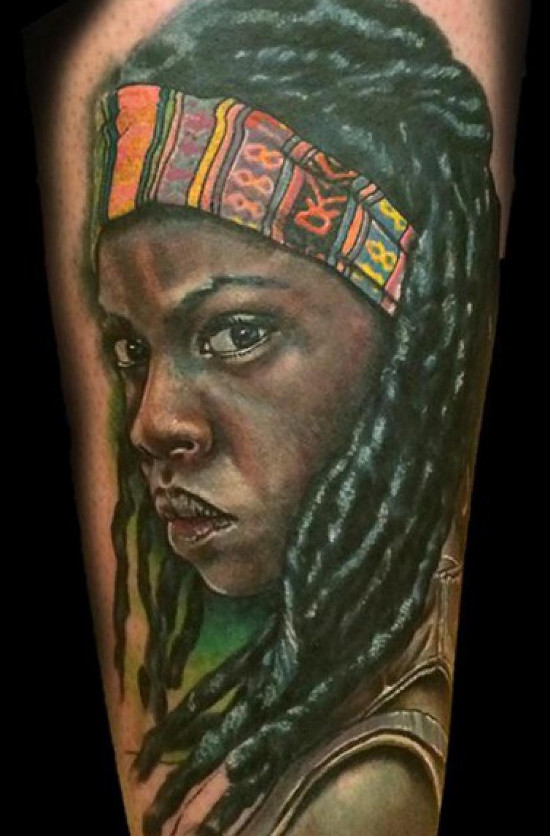 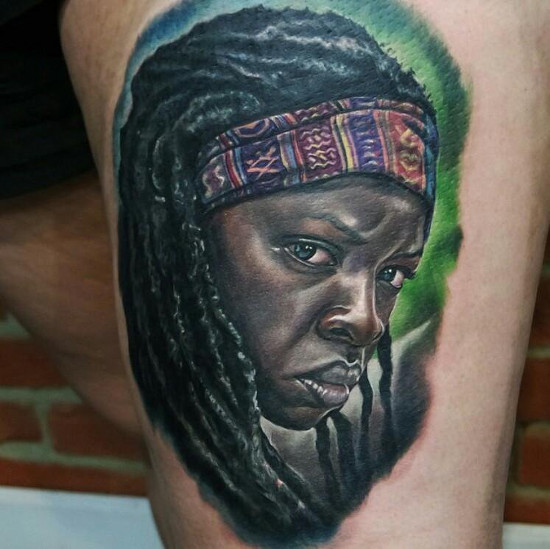 image via Spoil The Dead

Check out some clips from Danai’s Conan appearance below.