Mo’Nique Reveals She was ‘Blackballed’ from Hollywood After 2010 Oscar Win. 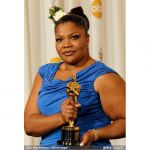 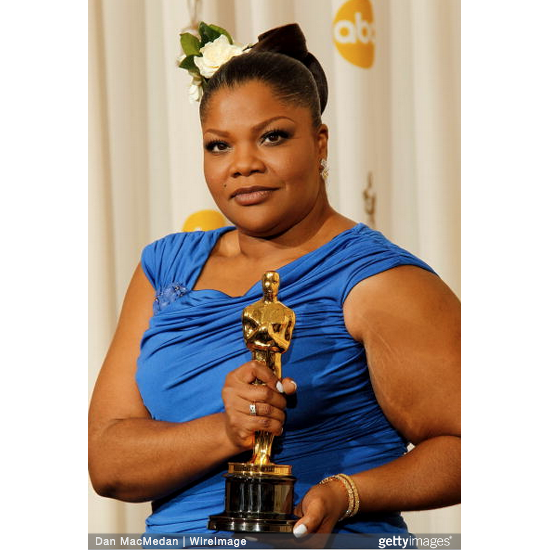 After Mo’Nique accepted the Oscar for “Best Supporting Actress” for her role in Lee Daniels’ Precious in 2010, many were sure the offers would come flooding in. While the film and the character she played were both problematic some ways, the role was a rare opportunity for Mo’Nique, who was mostly known for stand-up comedy and comedic films, to show off her chops as a dramatic actress. Her transformation was definitely impressive.
indie flicks, and television interviews, we haven’t see much of Mo’Nique since she walked across that stage in with a white flower in her hair.

In a recent interview with The Hollywood Reporter, the actress revealed that she had been approached to play characters in Empire, as well as an upcoming Richard Pryor biopic, but both roles mysteriously “went away.” She also revealed that Lee Daniels told her over the phone, “Mo’Nique, you’ve been blackballed.”

The actress believed that her refusal to “play the Hollywood game” led to her being blocked from securing future roles. In 2010, she famously refused to campaign for an Oscar, and was noticeably absent on the red carpet at film screenings and festivals.

She spoke of her reluctance to campaign on her talk show, according to Essence Magazine,

On her show last month, the “Precious” star asked Terrence Howard and Taraji P. Henson whether it’s worth campaigning for a Best Supporting Actress since the job’s already done. She also asks whether winning an Oscar means more money. “Let me ask y’all this, because I know y’all are gonna school me correctly,” she says to Henson and Howard. “What does it mean financially?”

Mo’Nique was quickly portrayed as a difficult person, who only cared about money as opposed to art, in the media. In a 2010 article in the Los Angeles Times, Mo’Nique to snub New York Film Critics Circle Awards ceremony — Is she killing her shot at the Oscar? cited what many felt were crucial missteps by the actress, by listing the events she had not attended.

Many Oscar gurus believe Mo’Nique may be ruining her Oscar hopes by refusing to campaign and support “Precious” while also allegedly making outrageous demands for money that is not customarily paid to promote small artsy films. Mo’Nique didn’t show up at the Toronto Film Festival and, even though Lionsgate promised that she’d attend the New York Film Festival, she skipped it too.

While Mo’Nique proved her critics wrong, and still scored a win, she was stilled dogged by a singular characterization as a “difficult” person. She responded to the label simply,

Whoever those people are who say, “Mo’Nique is difficult,” those people are either heartless, ruthless or treat people like they’re worthless. And that’s unacceptable. They’re set to say, “Mo’Nique is tactless, she’s tacky.” That’s why I have my beautiful husband, because he’s so full of tact, ’cause I’m a girl from Baltimore. I come from a blue-collar town — and being from that place, you learn not to let anybody take advantage of you. You don’t let people mistreat you. You stand up for what’s right.

In terms of what’s next for Mo’Nique, she has no plans to stop working anytime soon. She appeared alongside Isaiah Washington in the indie film Blackbird, and is still working on a biopic of actress Hattie McDaniel, the first African-American to win an Academy Award. Mo’Nique cites McDaniel as a major inspiration.

Filmmaker and friend Lee Daniels has since responded directly to The Hollywood Reporter,

“Mo’nique is a creative force to be reckoned with. Her demands through Precious were not always in line with the campaign. This soured her relationship with the Hollywood community. I consider her a friend. I have and will always think of her for parts that we can collaborate on. However, the consensus among the creative teams and powers thus far were to go another way with these roles.”