My Immigration Story and What the Recent Changes in Immigration Policy Mean For Black Immigrants and Black People in the United States. 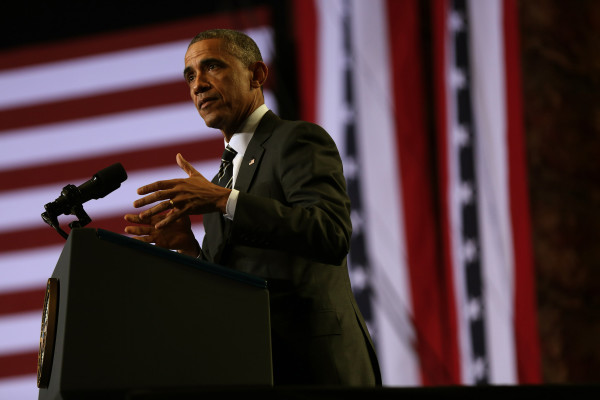 A Change Is Gonna Come

For many people across the globe, the idea of living in America and gaining citizenship in this country is a great aspiration. A country built by immigrants, continues to be an envied cornucopia where one can come and have a better life. On November 20th, President Obama unveiled a new immigration overhaul that aims to protect around 4.3 million undocumented immigrants, an epic and historic policy change. This will no doubt affect an astronomical number of folks living in the U.S. but the change won’t protect all undocumented immigrants. Some have criticized the President’s policy, as, from their perspective, it should have been more inclusionary to a wider variety of the immigrant population.

My immigrant story is just one of many, and I’m well aware that my family’s almost fairy-tale like transition from Jamaica to Georgia isn’t the norm. It cost our family roughly 90,000 Jamaican dollars for the entire process, visas and all, and it took an army of financial backers to help get us here in the mid-nineties. Most citizens who come to the United States illegally can’t shell out the kind of cash needed to enter the country legally and the stipulations for granting a green card are becoming increasingly restrictive and often cause many to lose patience; therefore, many, desperate and tired of waiting, make the difficult decision to come to the country illegally. According to Colorlines,,

“The terms of the immigration policy are stringent. It will apply only to those who have been in the U.S. for five years or more; those who came to the country as young teens; and parents of U.S. citizen children and green-card holders. People with various criminal violations on their records will be barred from relief.” And according to the same publication, among others who won’t benefit are LGBT immigrants and Black Immigrants. Those caught on the wrong side of the immigration “lottery” also include Black immigrants who have a criminal record. “Black immigrants from Africa, the Caribbean and Latin America are overrepresented in immigration detention and criminal deportation proceedings by five times their presence in the undocumented community.”

Black Immigrants in the U.S and Population Increase

The foreign-born black population rose nearly seven fold between 1960 and 1980, and more than tripled between 1980 and 2005. The foreign share of all U.S. blacks increased from less than 1 percent to 8 percent during these years. The number of Haitians—the second-largest Caribbean group—nearly quadrupled between 1980 and 2005, and the number of Jamaicans—the largest Caribbean group—more than doubled. The increases were even more dramatic among African groups. The number of Ethiopians in 2005 is 13 times the 1960 number.

A census shows that by 2042, whites will comprise less than half of the United States’ population and this population shift will be directly attributed to immigrants living in the U.S. The research also shows that, “the population of people who define themselves as black is projected to rise to 66 million from 41 million, but increase its overall share by barely 2 percentage points, to 15 percent.”

What this Means for the U.S

Population increase will no doubt have a significant effect on economic growth and stability. And recent CNNMoney piece shows that:

Removing the approximately 8 million unauthorized workers in the United States would not automatically create 8 million job openings for unemployed Americans and therefore removing millions of undocumented workers from the economy would also remove millions of entrepreneurs, consumers and taxpayers. The economy would actually lose jobs. Second, native-born workers and immigrant workers tend to possess different skills that often complement one another.

Undocumented immigrants do not qualify for welfare, food stamps, Medicaid, and most other public benefits. Most of these programs require proof of legal immigration status and under the 1996 welfare law, even legal immigrants cannot receive these benefits until they have been in the United States for more than five years.”

We can all coexist

So the false conversations had that immigrants are taking jobs and “leaching” off the system is an erroneous assumption. And, as the statement above shows immigrants are adding to the economic fabic of the Unites States and black immigrants in the United States are doing their part economically and socially toward the success of the country. Now, more than ever, black people of varying backgrounds are seen as a visible demographic in politics, media, and sports. Colin Powell, former Secretary of State comes from a Jamaican background. Haitian-American author Edwidge Danticat has contributed vastly to the literary community, and other influential immigrants such as Chimamanda Adichie, NBA star Luol Deng, rapper Nicki Minaj, “Pepa,” from Salt-N-Pepa, have all made great contributions to the United States economic and cultural landscape. With this policy change, I hope that mindsets and more laws continue to be beneficial to the raising immigrant community.

Nicki Minaj is Getting an ABC Family Sitcom About Growing Up As a Trinidadian-American in the 90’s.

2042. African Immigrants are an Important Part of the Changing Face of America.