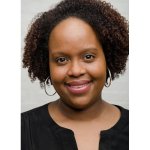 Natasha Rothwell is a writer, director, and comedic performer. She’s been featured on MTV’s “Wild N Out” and is a regular at the New York based UCB Theater. You might have also heard her name last year amid the diversity controversy at “Saturday Night Live” when she was revealed to be one of the many hopefuls who tried out at SNL’s super-secret Find-A-Black-Lady audition.


The show premieres this season on Saturday, September 24th, until then, check out Natasha in action below.