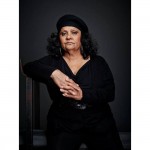 Written, directed and produced by Rachel Perkins, Black Panther Woman is the story of a little known branch of the Black Panther Party in Brisbane, Australia. The documentary primarily focuses on Marlene Cummins, one of several attendees at a 2012 conference in New York, that is featured in the film. Cummins, now 60, was central to the movement, working closely with Dennis Walker. Walker, an African-American, headed the Brisbane branch of the party in 1971 for a short period of time. In the documentary, Marlene Cummins also talks candidly about the sexism and abuse she experienced in the movement for challenging and threatening its male power structure. She continues to be an advocate for black women, who suffer disproportionate rates of violence, to this day.


Black Panther Woman is currently screening at the Sydney Film Festival. Follow them on Facebook for updates.