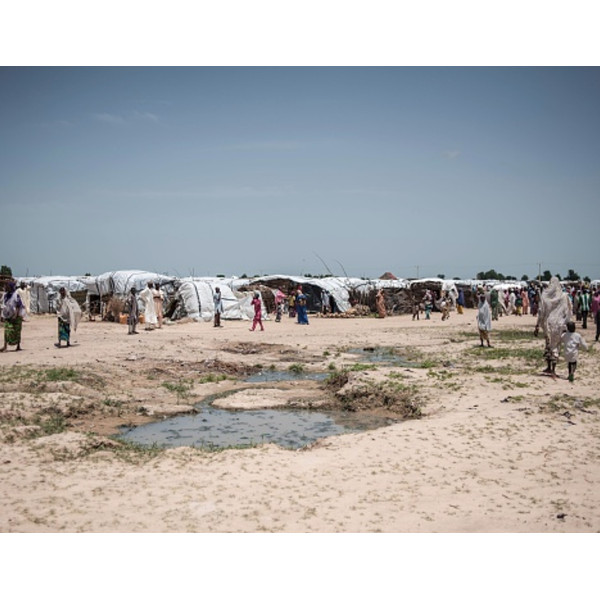 Image Caption:
This photo taken on September 15, 2016 shows a general view of the Muna makeshift camp which houses more than 16,000 IDPs (internaly displaced people) on the outskirts of Maiduguri, Borno State, northeastern Nigeria. Aid agencies have long warned about the risk of food shortages in northeast Nigeria because of the conflict, which has killed at least 20,000 since 2009 and left more than 2.6 million homeless. In July, the United Nations said nearly 250,000 children under five could suffer from severe acute malnutrition this year in Borno state alone and one in five — some 50,000 — could die. (STEFAN HEUNIS/AFP/Getty)


Nigeria has deployed 100 female officers to Internally Displaced Persons (IDP) camps near Maiduguri in the Northeastern state of Borno. The move comes after a shocking Human Rights Watch report which documented the “rape and exploitation, of 43 women and girls living in seven internally displaced persons (IDP) camps in Maiduguri, the Borno State capital.” The women, who had fled Boko Haram from neighboring towns and villages were now facing a second victimization at the hands of camp officials.

Damian Chukwu, the Commissioner of Police in Borno state tells Nigeria’s Premium Times that the female police force will “handle day-to-day interaction in the camps.” Male police officers will have more limited duties including daily patrols.