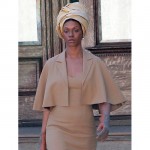 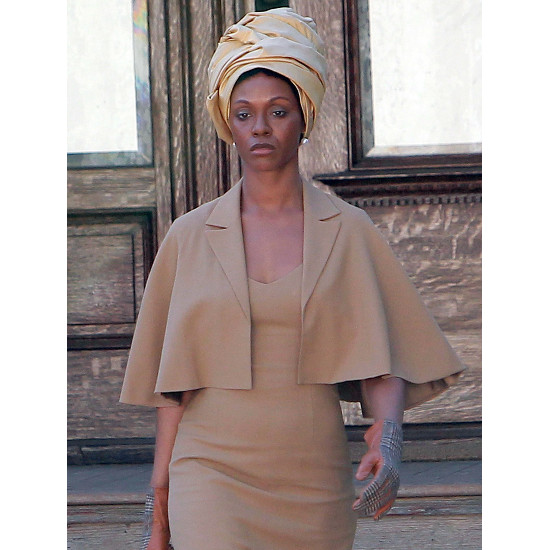 When it was first reported, back in 2012, that Zoe Saldana would be taking on the title role as legendary musician Nina Simone, in an upcoming biopic, Nina, fans of Simone reacted with skepticism and accusations of colorism. How could an “acceptably” pretty actress like Zoe Saldana, portray a woman who was told that her features and skin tone made her “too black” during her time period? How could she convey how Simone’s blackness and the way it was received, played an important in her art?


When the estate of Nina Simone spoke out against the unauthorized picture, the criticism grew. The late artist’s daughter, Lisa Kelly, also didn’t agree with the casting choice. “My mother was raised at a time when she was told her nose was too wide, her skin was too dark,” Ms. Kelly said in an interview with the New York Times. “Appearance-wise this is not the best choice.”

Opposition continued to swell after photos of Zaldana donning a prosthetic nose, and covered in make-up to darken her skin hit the web.

Zaldana hit back at critics, asserting her identity as a black woman, and defending the integrity of the film. “All I can say is the people that came together to do Nina, came together out of love for Nina. So that will never be wrong and I will always stand behind that,” she said in an interview with BET.

The upcoming film soon became mired in even more controversy after the biopic’s director, Cynthia Mort, filed a lawsuit against the project’s production company, claiming that she had been cut out of key aspects of the decision-making process for the film. Despite the lawsuit, Nina premiered at Cannes in 2014, in a private, buyers-only, screening.

We’ve heard little about the film since then, especially in the wake of an authorized documentary, What Happened Miss Simone?, which premieres on Netflix on June 26th. Ben Latham-Jones the newly-named owner of Ealing Studios, the film house that owns Nina, recently confirmed the release of the film to The Hollywood Reporter. Nina, which also stars David Oyelowo will be released later this year. An exact release date will be announced in the coming months.