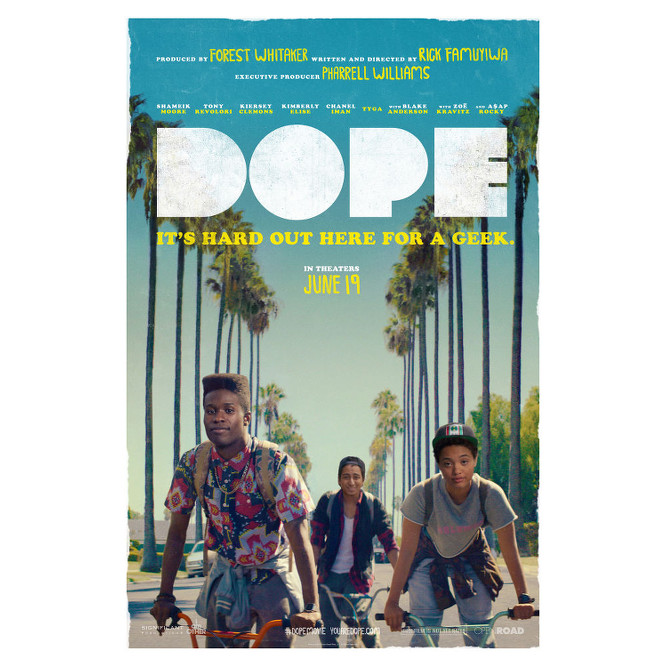 The film “Dope,” directed by Rick Famuyiwa, produced by Forest Whitaker and Pharrell Williams is set for a theatrical release on June 19th. The film’s synopsis reads:


High-school senior Malcolm (Shameik Moore) and his friends Jib (Tony Revolori) and Diggy (Kiersey Clemons) bond over ’90s hip-hop culture, their studies and playing music in their own punk band. A chance encounter with a drug dealer named Dom lands Malcolm and company at the dealer’s nightclub birthday party; when the scene turns violent, they flee — with the Ecstasy that Dom secretly hid in Malcolm’s backpack. A wild adventure ensues as the youths try to evade armed thugs who want the stash.

Check out the recently released trailer.