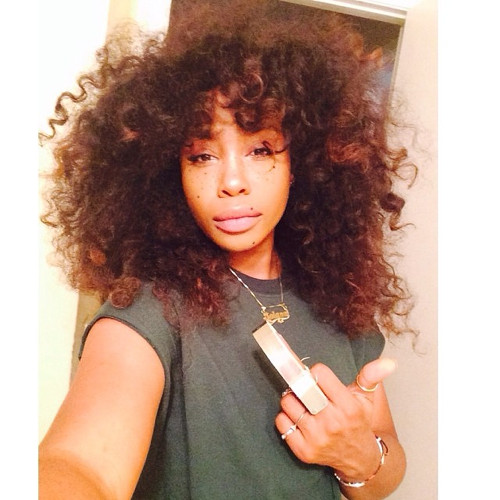 While SZA is rapidly gaining a following for her postmodern R&B stylings, if it wasn’t for this emerging star’s writing talent, we wouldn’t have been blessed with another single featuring powerhouse female artists Beyonce and Nicki Minaj. The single, which leaked online to much fanfare, features some pretty tight verses, was written in part by SZA. Fellow artist and producer Hit-boy revealed SZA’s impressive credits soon after the leak. When asked about her writing contribution, she had this to say.


“Yeah, I wrote parts of that. A nice chunk of that [laughs], I’m on the credits so I think it’s really interesting. It was dope meeting Beyoncé, she’s tight, she’s perfect actually.”

When asked how the collaboration came about, SZA simply said,

Um, I have no idea. Literally like on God it was something I could never explain to anyone. The call just got put in and then I arrived [laughs], I have no idea. Hit-Boy produced and I wrote the lyrics so Nicki (Minaj) and Beyoncé are singing some of the things that I wrote to it. But him (Hit-Boy) and I just work really well together like we vibe together just because he’s such a cool kid. He’s not pretentious at all, for as accomplished as he is he’s just super welcoming and drinks like chocolate milk all day, honestly the nicest kid.